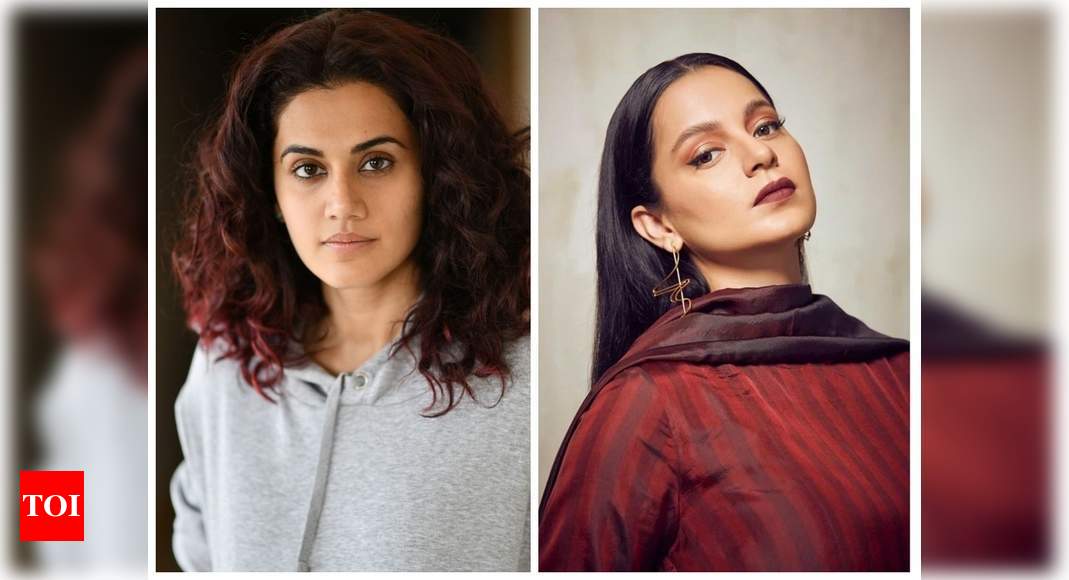 Kangana replied to her and wrote, ”MissionM or Badla they are male dominated films, @taapsee never gave a solo hit in her whole life @KanikaDhillon n whole left ecosystem trying to cover up murder of SSR who complained about nepotism n Bullying shame on you all no one defended him but defending his murders now. The ‘Queen’ actress said that ‘Mission Mangal’ or ‘Badla’ were male-dominated movies. She further stated that Taapsee never gave a solo hit.

Kanika Dhillon had praised the ‘Game Over’ actress on Twitter. She tweeted, ”Attagirl! @taapsee … N not to forget… as per recent articles in public domain-n I quote “her last 5 releases made 352 cr’at box-office- stating her as d Most successful n highest grossing actress of hindi film industry last year!” Well take a bow!

Now, Taapsee tweeted, ”There is no film as “solo” film , there is no actor such as “chota mota” actor. A film is a TEAM effort including all departments, all actors. The protagonist in NOTHING without the support of the ‘supporting’ cast. Respect is EARNED not COMMANDED.”