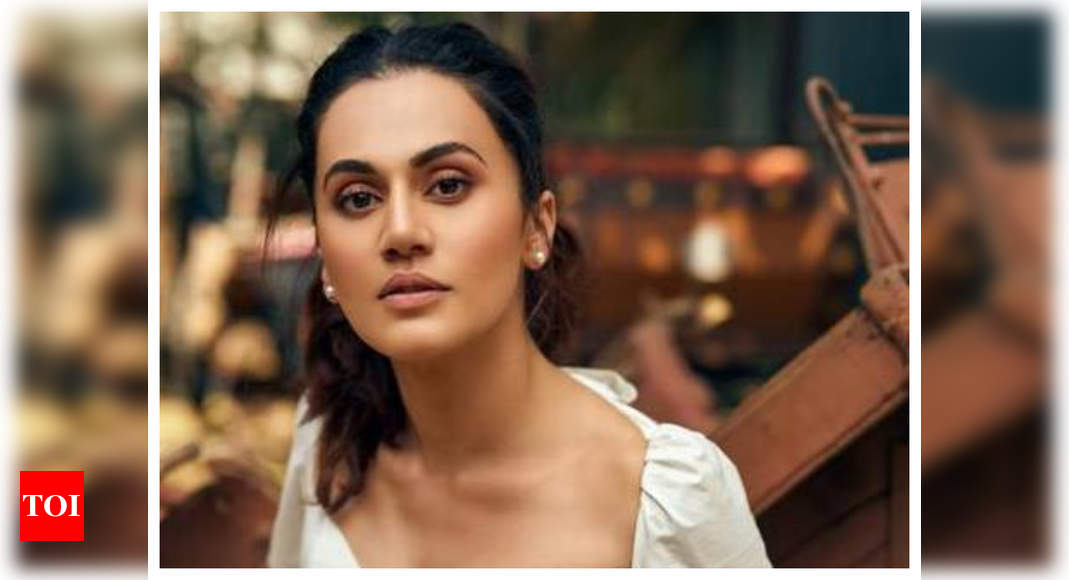 Taapsee Pannu is one of the most talented and most sought-after actors we have in Bollywood. She has slowly but gradually made her way up the success ladder in Bollywood with her choices of films and performances. With the raging debate on nepotism in the industry, she recently opened up about how she lost some films due to the insider-outsider discussion.

Talking to a news portal, Taapsee reportedly said that when you are born in a family that belongs to the film industry, you don’t face much of a problem in terms of contacts. For the outsiders, they have to make an effort to know and meet people and create their contacts. She also added that filmmakers prefer people they already know over someone from outside.

Elaborating further, she added that anyone coming from outside should know that it will take time but one will definitely get success if one is talented. And when they do get successful, it will be solely their success and nobody else would take credit for it. She also added that audiences love the outsider more than the star kids because they feel they are one of them. According to Taapsee, being an outsider is her strength.

When asked if she has faced any kind of issues due to the favouritism in Bollywood, Taapsee revealed that she has lost many films due to the same. She also added that she already expected something to happen at some point of time in her career in this industry. She was however hurt when it happened.

She also went on to say that even the audiences are responsible for this discrimination as they don’t pre-book tickets and go watch the movies of the outsiders. She also pointed out the fact that when a new star kid is being launched people go and watch their movies on weekends.

On the work front, Taapsee has some very interesting projects in her pipeline which include, ‘Rashmi Rocket’, ‘Shabaash Mithu’, ‘Haseen Dilruba’ and ‘Loop Lapeta’.