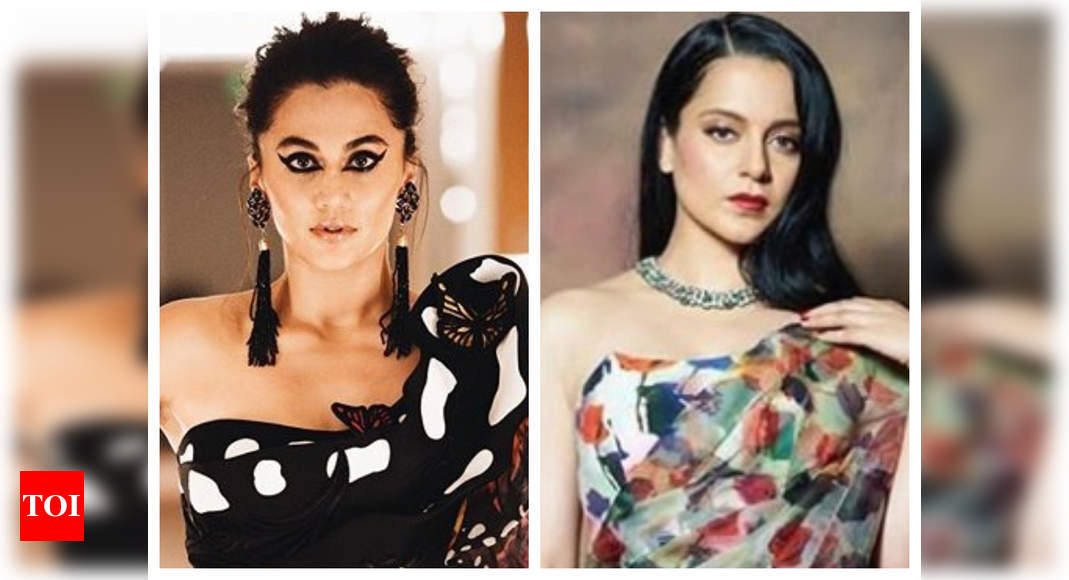 Following Sushant Singh Rajput’s tragic demise, a whole lot of debates and discussions started in Bollywood. While many are coming out and sharing their experience in the industry, others like Kangana Ranaut are directly taking on people with their bold statements.

Kangana has been engaged in a war of words with Taapsee Pannu, Anurag Kashyap and Swara Bhasker. Recently, Taapsee gave it back to Kangana stating that she did not come to her support when she was unprofessionally replaced in movies like, ‘Pati Patni Aur Woh’.

Talking to a news channel, Taapsee reportedly said that she did lose films to star kids and was unprofessionally replaced in movies. Regardless of anyone’s support she depended on herself and created a path on her own.

Pointing out at the sad demise of Sushant, Taapsee added that they are all fighting their battles. She stated that when she was replaced in ‘Pati Patni Aur Woh’, Kangana didn’t come to support her and nor did she ask for it.

Elaborating more, she added that she chose to be atmanirbhar (independent). She said that she made sure she got the kind of films she wanted to do and the path of her own. She stated that it might take longer but she will have her own journey and she has no regrets.

Kangana Ranaut, in a recent interview with another news channel, had called Taapsee and Swara as ‘B-grade’ actresses.