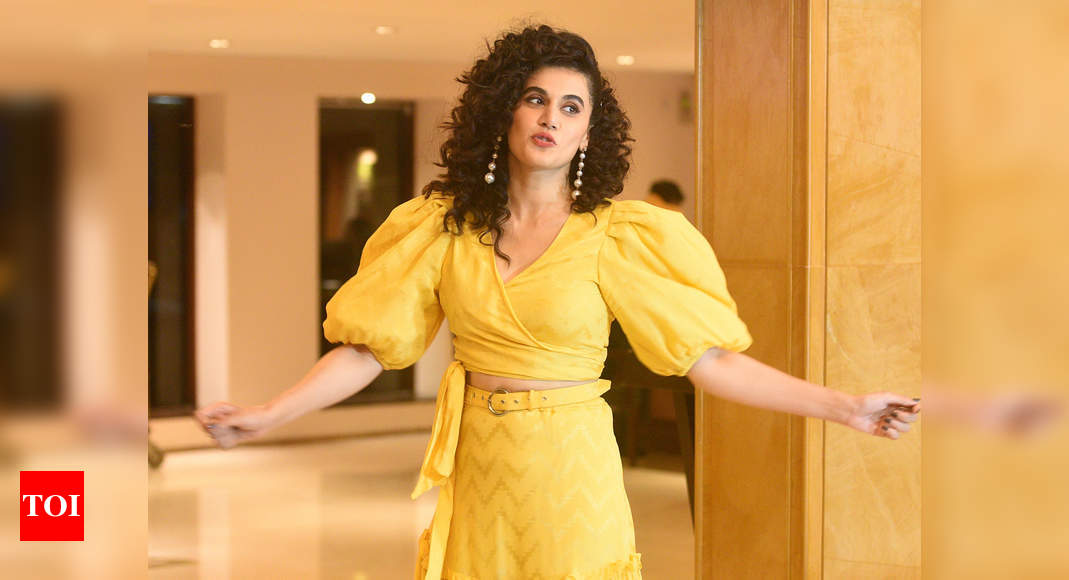 Kanana Ranaut started off a war of words when she tagged Taapsee Pannu as A ‘b-grade’ actress in one of her interviews. The ‘Queen’ actress had stated that despite defending Karan Johar, Taapsee doesn’t get films. While Taapsee had already retorted to it on social media, the actress decided to speak out about the insider-outsider debate recently. In an interview with a news channel Taapsee slammed Kangana and stated that when she was replaced in films, Kangana never supported her.

Speaking about being replaced from films, Taapsee had earlier stated, “Yes, I’ve been dropped out of films and replaced with star kids but the fact that she and her sister try to discredit me and my hard work, call me names, put wrong allegations on me is actually an equal level of harassment if not more. All this coz I refuse to sing her tune and because I refuse to see her as the flag bearer of outsiders, we all are not bitter people.”