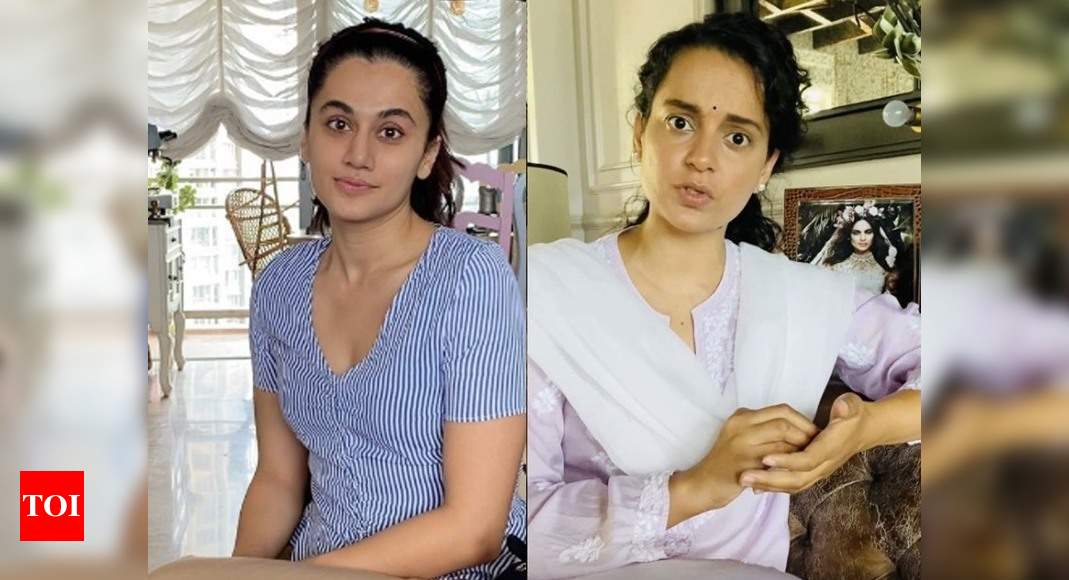 Kangana Ranaut in a recent interview with a news channel lashed out at Taapsee Pannu and Swara Bhasker. She called them ‘B grade’ actresses and also stated that their whole existence is proof of nepotism. In another interview with the channel, the ‘Queen’ actress called them ‘Chaploos’ outsiders. Kangana also said that the ‘parallel cinema’ which Taapsee and Swara decide to feature in is working because of her.

Now, Taapsee Pannu took a dig at Kangana in her latest tweet. She wrote, “Now I’m getting confused. So is my existence coz of nepotism as mentioned earlier by her or coz of her. I need clarity coz I wanna be clear who I am grateful to 💁🏻‍♀️ “ a needy outsider wants to know!” 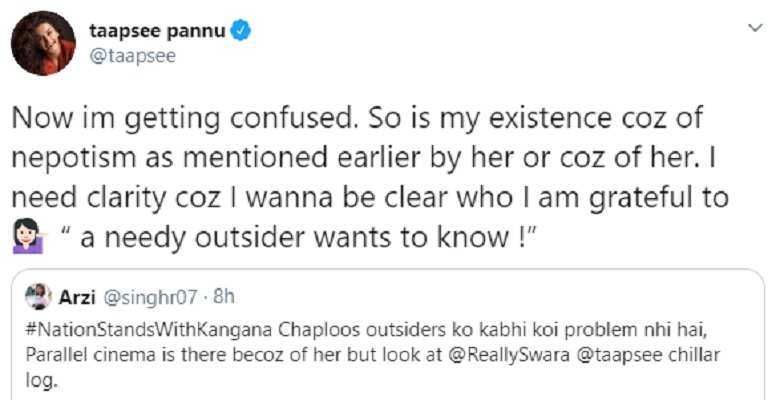 Earlier, Taapsee had said that her films have nothing to do with her looks and she didn’t star in any movies which are backed by the mafias which Kangana mentioned. The ‘Judwaa 2’ star also shared that she refuses to take advantage of someone’s death for personal vendetta.