‘Glee’ fame Naya Rivera reportedly went missing on 8 July several hours after the actress went for boating in Lake Piru, California with her 4-year-old son, Josey. However, Naya was declared dead on 13 July as officials recovered the missing body of the actor.

To this, Bollywood actress, Tara Sutaria took to the Instagram story to mourn the loss of the Hollywood star. Putting up a picture of the late actor Naya Rivera comforting her son, Josey, Tara wrote, “Rest in peace, @nayarivera . Your talent, beauty and courage to be unafraid will always inspire young girls everywhere.” 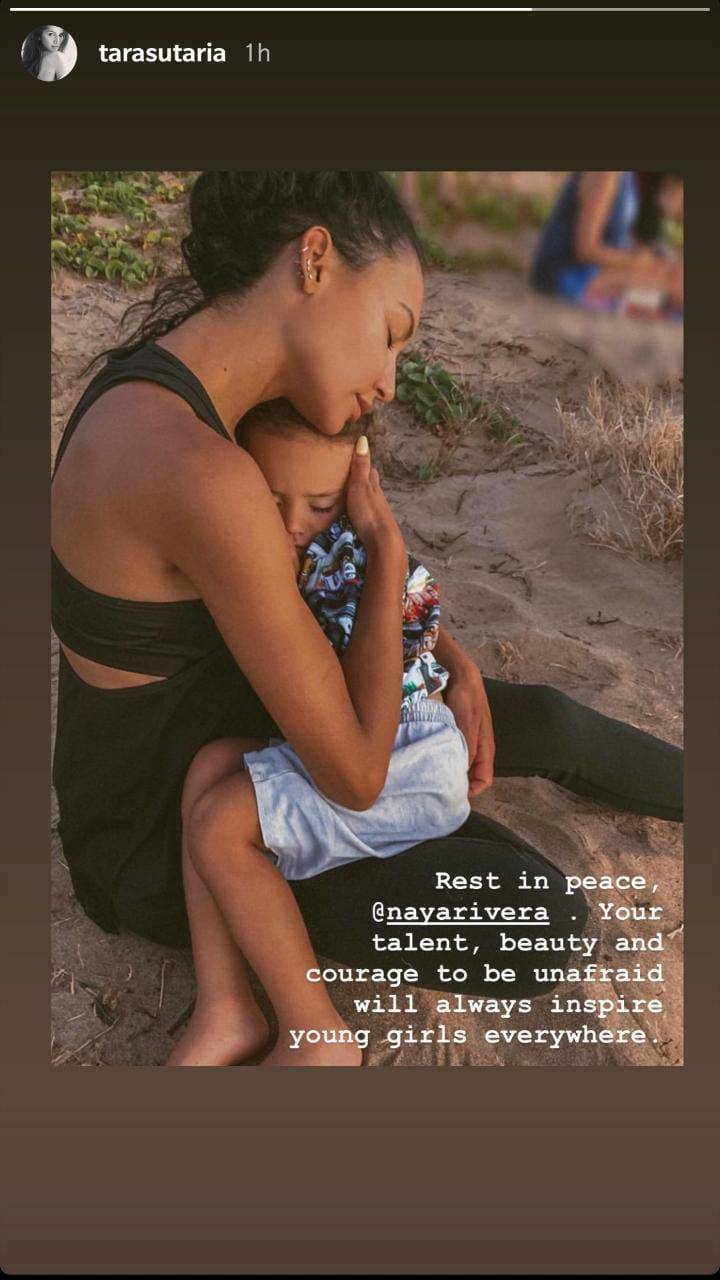 ‘Glee’ co-star, Jane Lynch wrote in a tweet, “Rest sweet, Naya. What a force you were. Love and peace to your family.”

Sharing a throwback video on social media, Alex Newell added, “My heart is broken.. I truly had soo much fun filming this little segment… we both clearly didn’t wanna be there but made the most of it! Naya was truly a star.. one day as I was coming out of hair and make up I saw her sitting at base camp and she said “Alex… when you go on tour can you please say ‘everybody say heeeyy Ms. Newell’’ just for me!” I said absolutely we laughed and had a short little convo about life and music.. I’ll cherish that moment for ever!! I watched her preform with such power, brilliance, and honesty.. While being a light as a person! The love she had for her family and friends was always clear! She will truly be missed! Josey you are loved by all the people who love your mother! My thoughts and prayers are with her family! Rest Sweet Angel..”