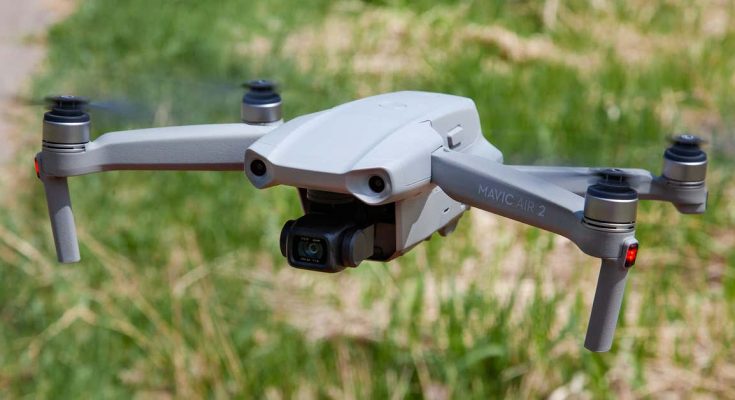 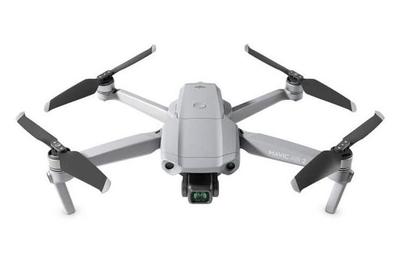 The Mavic Air 2 packs impressive value for a $1,000 drone by combining DJI’s reliable obstacle avoidance with a 4K camera and great battery life.

The DJI Mavic Air 2 combines ease of flight with long battery life and a camera that can shoot 4K video in a package that costs less than $1,000 (we recommend buying the Fly More Combo option, which among other things includes three rechargeable drone batteries). The Mavic Air 2’s ability to sense and avoid obstacles approaching from the front, the back, and below, as well as to steadily hold its position even in moderate winds (DJI says it’s safe to fly in winds up to 23.6 mph), lets you focus on your cinematography instead of worrying about keeping the drone steady. It also features DJI smart-flight modes such as ActiveTrack, which directs the drone to autonomously follow and film a subject while still avoiding obstacles. Its 34-minute battery life means you don’t have to land for a battery swap as often as you would with the competition, and at 7 by 3.8 by 3.3 inches folded and 1.3 pounds, the Mavic Air 2 can go with you almost anywhere—it fits exceptionally well in our top pick for drone backpacks. 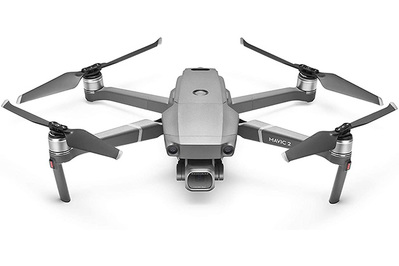 If you want the best camera available on a Mavic drone, the Mavic 2 Pro is our pick.

The DJI Mavic 2 Pro takes many of the Mavic Air 2’s best features and, for twice the price and a slightly shorter battery life, tacks on a superior 1-inch image sensor and Hasselblad-branded camera (DJI bought a majority stake in the camera brand in 2017), which captures 20-megapixel photographs and 4K videos that look more colorful than those of the competition. It can also sense obstacles from all directions, which means it’s safer to fly than the Mavic Air 2. 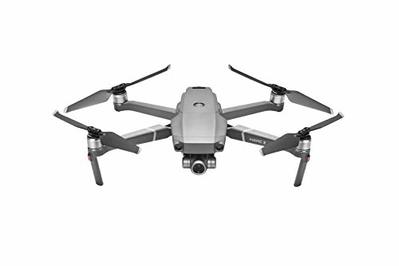 A 4x zoom camera makes this a great choice for shooting from afar.

The DJI Mavic 2 Zoom is a great choice for aerial photographers and videographers who need to work from a distance, whether they’re shooting a child’s soccer match or wildlife. It looks and flies the same as the Mavic 2 Pro, but it trades out the Hasselblad camera in favor of a different camera that can zoom two times optically and two times digitally (with software that avoids losing detail) for up to 4x usable “lossless” zoom. However, filming with more than 2x zoom requires you to shoot at 1080p instead of 4K. You could crop the Mavic 2 Pro’s higher-quality videos to get a similar zoom effect, but that requires you to spend more time processing videos and doesn’t allow for as wide a variety of cinematic filming options. Like the Mavic 2 Pro, the Mavic 2 Zoom features DJI’s obstacle avoidance and smart-flight mode tech, plus a 31-minute battery life and a foldable body. 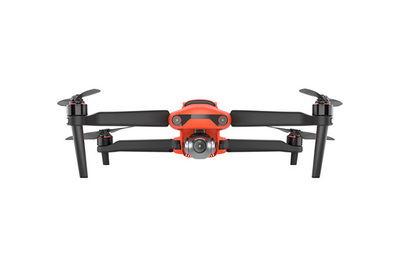 This easy-to-fly drone has an 8K camera and 40 minutes of flight time—the longest of any of our picks—and has no known security concerns.

If you are avoiding the DJI brand due to security or human rights concerns, or you simply like the idea of longer battery life combined with the option to zoom, we recommend the Autel Robotics EVO II. The bright-orange drone can fly for up to 40 minutes with autonomous options similar to DJI drones. We also prefer its controller. However, we still prefer DJI drones for their value and image quality. It’s also worth noting that, like DJI, Autel is headquartered in China. 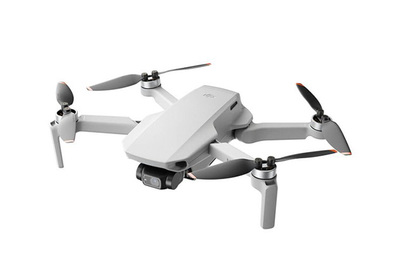 If you’re just getting into drone photography for personal use and sharing on social media, the DJI Mini 2 is a less expensive model that still includes collision avoidance and a 4K camera. At 31 minutes, its battery life comes close to matching that of more expensive models, though its lower quality camera and sensor mean it can’t quite match the quality of their images and video. However, it folds up to about the size of a person’s hand and weighs just 249 grams; that’s a bit over half a pound and light enough to not require registration for personal use. It still comes with the important features you need from a video drone, such as image and flight stabilization and an included controller, as well as smart-flight modes where the drone flies itself to easily capture cinematic shots.