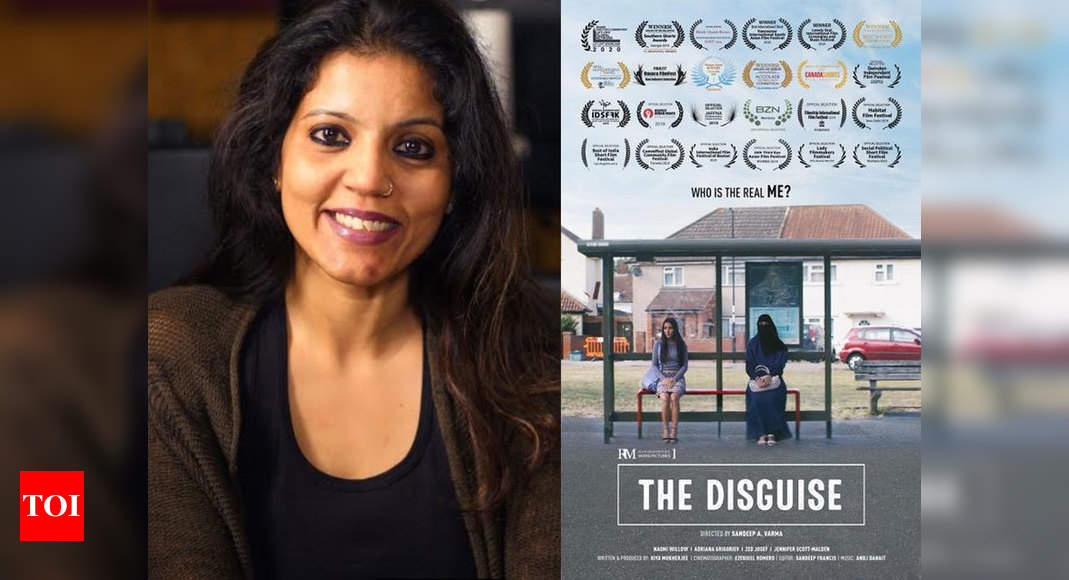 At a time when the discussion on intolerance and cultural prejudice has been thrown open for debate around the world, writer and producer Riya Mukherjee is stepping in to turn the mirror back on society with her short film ‘The Disguise’. Set in the city of London, the film directed by Sandeep A. Varma tells the story of two girls and one fateful meeting at a bus stop that will forever alter their perspective of the world around them.

Ahead of the big release, Riya got candid with ETimes about her film that takes on the topic of bigotry and most importantly, why she chose to set it in a white man’s world.

One watch of the intriguing trailer and you’ll be certain that this short film dares to go beyond and tackle a subject not everyone is comfortable talking about – Islamophobia. When asked why she particularly chose this as the basis of her film, Riya said, “The newspapers! Every day you wake up and read another story of racial intolerance. You read stories of cultural prejudice, of stereotyping a set of people. There’s a tremendous resonance with the fact that finally this film is being released by The Times of India because it’s come out of what I read in the papers every day. Whether it’s people from the North-East, whether it’s a Muslim person, a Jewish person, a black person. Look at what’s happening in America right now. We are constantly boxing people.”

Calling to mind a report of an unfortunate incident in Delhi during the coronavirus lockdown, she said, “Look what happened after COVID; this whole term ‘Jamatis
’ came up and it was said thatthey aloneare all spreading Coronavirus. Of course, it was unfortunate what happened, but we take every incident and make it an excuse to box people. Every day when I read the papers, I come across tremendous bias and hatred towards various people of different cultural groups. It seems counterintuitive, right? Two decades into the 21st-century this constant sense of ‘us and them’ should reduce but it is only increasing.”

While the subject cuts across all borders, nationalities and sensibilities, when asked why she set her film in London, and not in India, Riya said, “Because I did not want this film to be viewed as some sad third world problem. You know the gaze the Western world sometimes has towards our issues right? I needed a Caucasian cast in this film to make a specific point.”

However, setting a film on racial intolerance in a white man’s land, brought with it a fair share of struggle. “I faced a certain amount of resistance from various film festivals in the west, especially in London. They didn’t want to recognise this as an issue. They said ’it is unrealistic, ‘this doesn’t happen.’ But it does happen. I have seen racism in front of my eyes and in megalopolises like London and Paris. The whole notion of this being some problem of those poor third world people with brown skin, was something I did not want. I could have made the film at far lesser cost and logistics at a bus stop outside my house. I went to London because I needed to show this happens in your world as well. It doesn’t just happen in ours. Intolerance and prejudice and racism is definitely not just a third world problem” Riya said.

Elaborating further on the kind of resistance she met, she added, “A lot of people, a lot of festival directors had a certain disbelief about the premise of the film. I have a feeling if I had made this film in some poor looking neighbourhood with Indians in the cast, many more festivals might have taken it. This was a mirror they didn’t always want to own up to. However, there were other wonderful, fantastic festivals across the USA and many other countries where they welcomed it with open arms. I am happy to say that today, the film has travelled to around 25 festivals and won 12 individual awards and 9 for the film itself.”