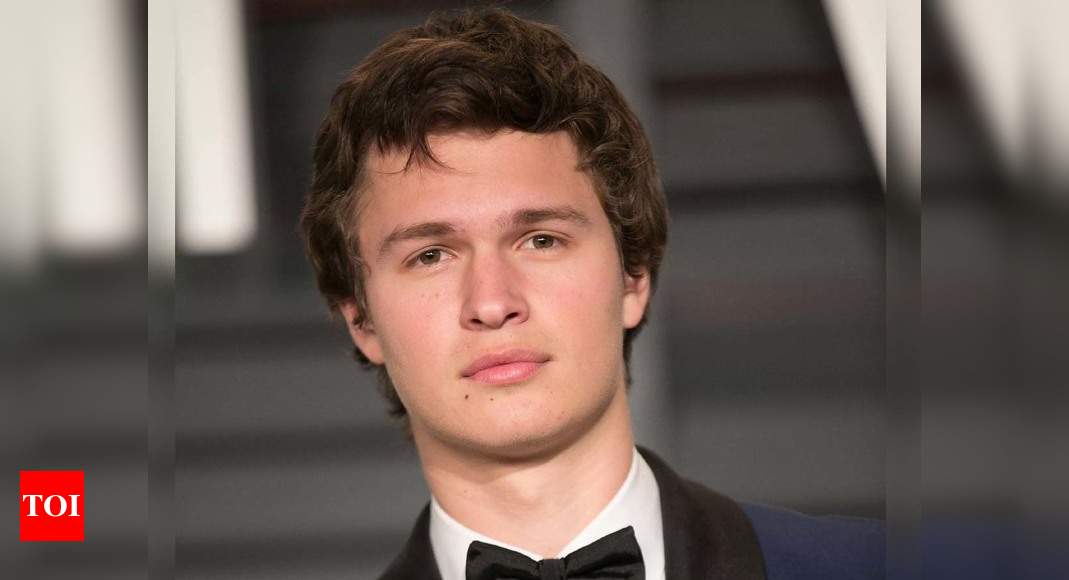 ‘The Fault In Our Stars‘ actor Ansel Elgort has been accused of sexually assaulting an underage girl.

Elgort, who is set to appear in the remake of ‘West Side Story‘, has been accused of sexually assaulting a 17-year-old girl in 2014.

A young woman named Gabby took to Twitter to claim that she first began messaging the 26-year-old actor shortly before her 17th birthday, and he responded to her on the social media platform Snapchat.

Gabby, who refrained from revealing her last name, posted a lengthy post, alleging that she was “sobbing and in pain” during the alleged assault episode involving the Hollywood star.

“I was sexually assaulted a couple days after I just turned 17. I was only f**king 17. And he was in his 20s. He knew what he was doing. I’m not posting this to ‘clout chase’ because I simply don’t care for that. I’m posting this so I can finally heal and I know I’m not alone and he’s done this to other girls,” she began.

“Ansel Elgort sexually assaulted me when I was 17. I had dmed him on when it was two days before my 17th birthday and I got his private Snapchat. I didn’t think he would ever see my dm I was just a kid and was a fan of him. So when it happened instead of asking me if I wanted to stop having sex knowing it was my first time and I was sobbing in pain and I didn’t want to do it the only words that came out of his mouth were ‘we need to break you in’ I WASNT there in that moment mentally,” she added.

She continued: “I disassociated myself and felt like my mind was gone I was in shock I couldn’t leave I was only 5’2 and 98 pounds. He made me think this was how sex was supposed to be. I WAS SO YOUNG AND HE KNEW THAT. He as well said stuff like ‘you’re going to be such a beautiful young lady when you’re older’. I was f**king 17. He not only did that but asked me for nudes. I was only 17. As well as asked to have a threesome with me and one of my ‘dance friends’ they were as well underage and I didn’t tell anyone because he said it could ‘ruin his career’ i sat there for months wondering what I did wrong.”Wondering why I felt so used. Years later I have ptsd, I have panic attacks I go to therapy. Finally I’m ready to talk about it and finally heal. I just want to heal and I want to tell other girls who have been through the same s**t as me, you’re not alone. It’s a lot for me to even come on here and tell my story but I know it’s needed. There so much more to my story I simply don’t want to post it all. I will tweet screenshots and pictures of me and him down below,” she added.

Gabby also shared pictures as proof. In one image, a girl is seen covering her face with her hand as she poses with a man who appears to be Elgort. Another shows a direct message exchange, which she claims was between herself and Elgort.

She claimed Elgort invited her to his “personal snapchat” after she messaged him the day before her birthday.

In a separate tweet, Gabby wrote: “It’s a lot for me to post this but I think it’s time I finally talk about my story of me being sexually assaulted. I need to heal and I want others to know they’re not alone.” 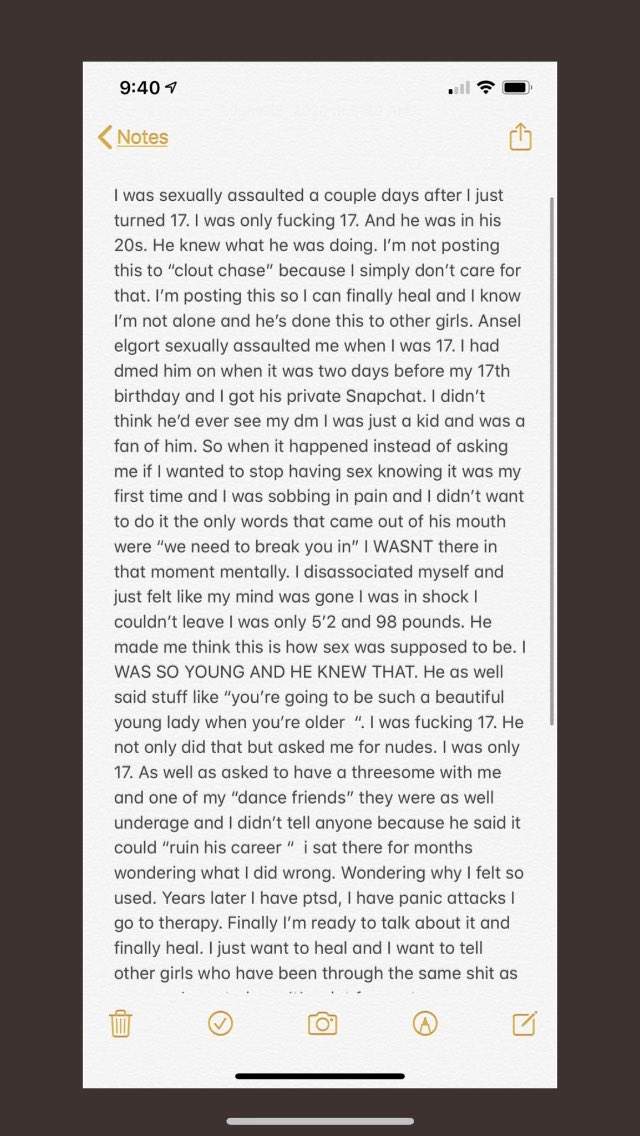 A different account, which seems to belong to someone called Esther, tweeted in April earlier this year, claiming she connected with Elgort through Snapchat. She claims she was 15 at the time of the digital exchange, and Elgort was 21.

The account, which she claims is of Elgort, wrote: “If you tell on me or tell your parents and they get mad. I want you to come to my hotel room when I’m in London next…I want to kiss you, you’re pretty. But u can’t tell a soul otherwise I could be in sooooo much trouble.”

Elgort or his representatives are yet to respond.