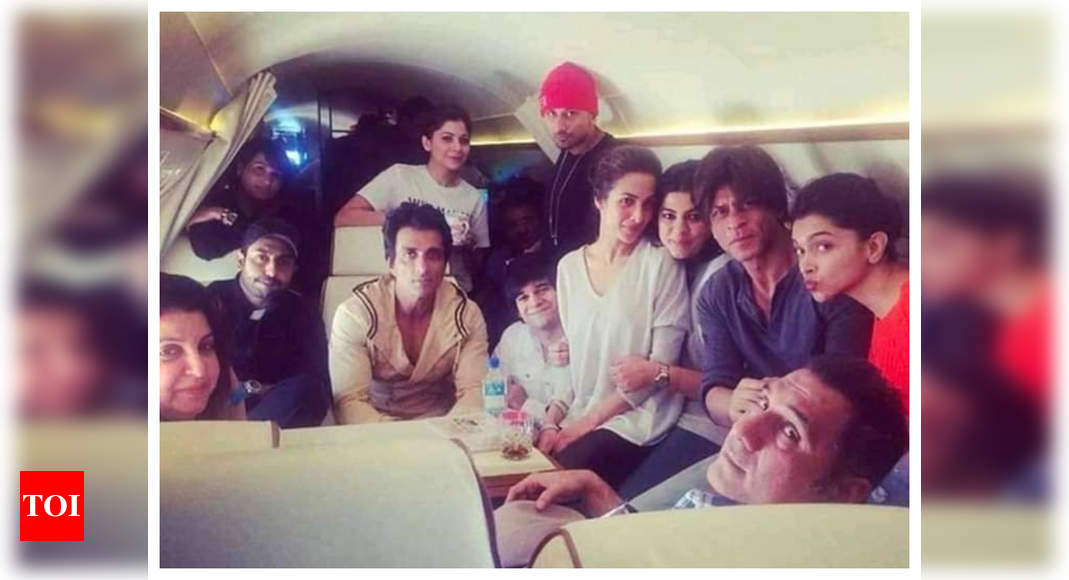 Ever since the lockdown has been announced, fans of Bollywood celebrities have been missing their on-set pictures and pictures of them being spotted around the town. However, it has also been raining throwbacks on social media.
We got our hands on a BTS picture of Shah Rukh Khan, Deepika Padukone, Sonu Sood and others from ‘Happy New Year’ and it is sure to make you re-watch the movie.

In the picture, the team ‘Happy New Year’ is seen all smiles for the camera. While Shah Rukh is seen flashing his million-dollar smile, Deepika is seen showing off her perfect pout. Farah Khan, Boman Irani, Abhishek Bachchan, Sonu Sood, Honey Singh and others are also seen in the frame, all posing for the picture.

The movie, which was released in 2014, received positive reviews from the audience and the critics alike.

Currently, all the Bollywood celebrities are self-quarantined at home due to coronavirus pandemic and the lockdown. They have been making the most of their free time at home with their family and loved ones. Apart from that, they are also often seen interacting and entertaining their fans and followers on social media with their interesting posts.

With some restrictions being eased out slowly, many producers are gearing up to resume their shoots from August. Akshay Kumar starrer ‘Bell Bottom’ will reportedly be the first film to resume shooting and travel to London for shooting.