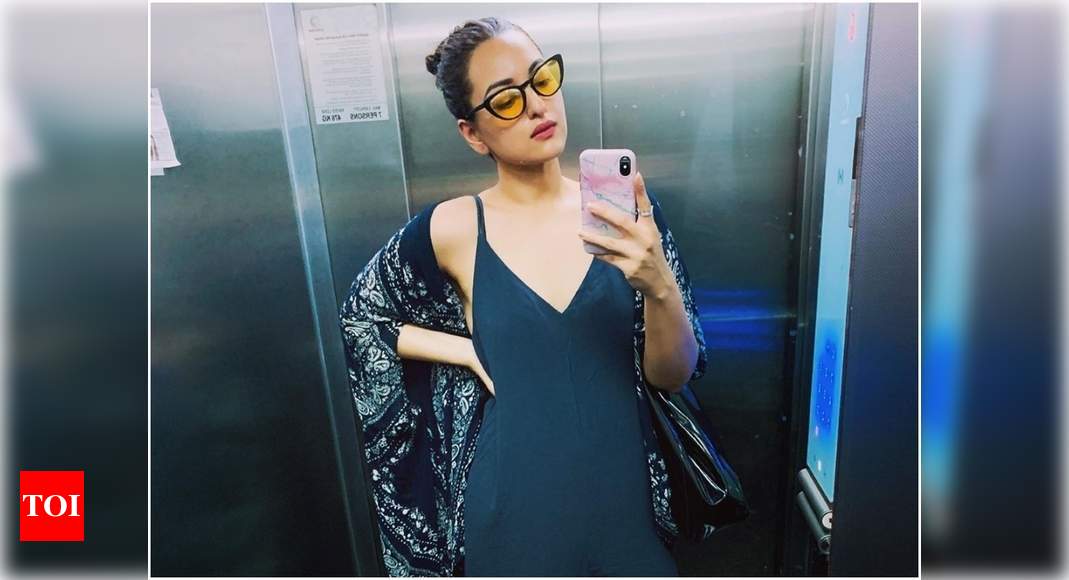 Sonakshi Sinha is getting nostalgic about dressing up and taking selfies in an elevator.

“This day last year. When #ootd’s and elevator selfies were a thing,” Sonakshi wrote while sharing an image of herself.

In the image, she looks stylish in a blue jumpsuit and shades as she poses for a selfie.

Meanwhile, the actress recently revealed how she deals with trolls, during a Twitter interactive session with fans.

The subject came up when, during the #SonaSays session, a user quizzed about the background picture on Sonakshi’s Twitter profile, where the actress can be seen standing with her eyes closed and fingers in her ears, in a T-shirt reads “I am listening”.

Talking about the photograph, Sonakshi replied: “My background picture implies how I respond to trolls.”

Responding to a fan who asked which directors she would want to work with, the actress revealed: “Raju Hirani sir and Rohit Shetty sir are on my wishlist! Love love love their movies!”

On the work front, Sonakshi will next be seen in the Ajay Devgn-starrer ‘Bhuj: The Pride Of India’.