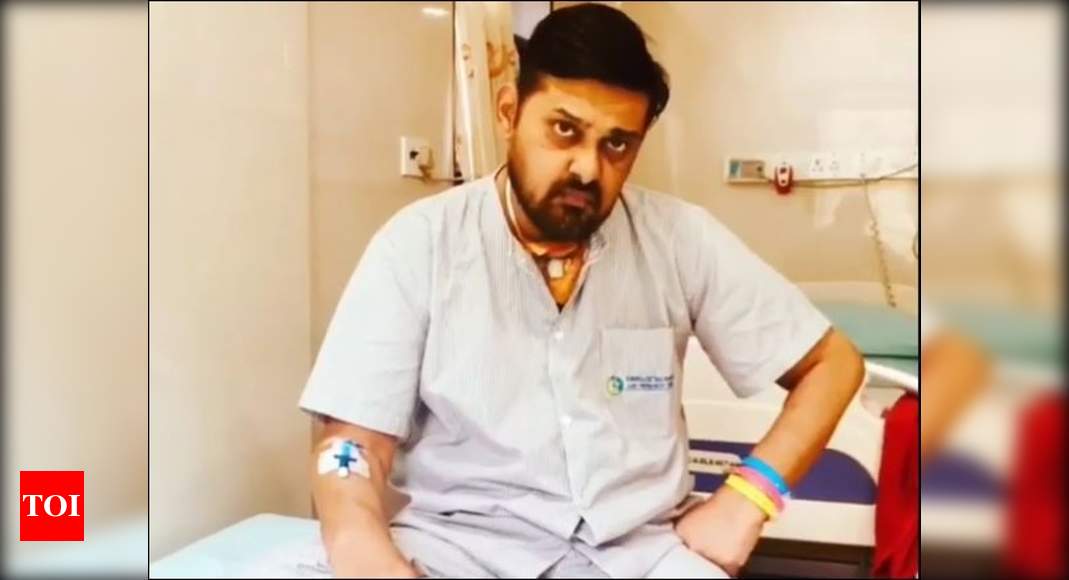 Bollywood music composer Wajid Khan of Sajid-Wajid fame passed away at the age of 42 on Monday. The untimely demise of the ace composer came as shock for everyone. Salim Merchant and Sonu Nigam were the ones to confirm the news on their social media handles.

Several Bollywood celebs took to their social media accounts to mourn his demise. His brother Sajid even confirmed that he had contracted COVID-19 but the reason of his demise was a cardiac arrest.

Post his demise, the fans have been sharing several unseen videos and pictures of Wajid on social media. We stumbled upon an old video where he can be seen sitting on the hospital bed and playing the piano on his mobile. The video will definitely leave you teary-eyed. Check out the video below:

Meanwhile, Wajid’s last song as a composer was Salman Khan’s recent song ‘Bhai Bhai’ which was special eidi gift for the fans. Sajid-Wajid even composed Salman’s another song ‘Pyaar Karona’ amid the lockdown. The superstar, who couldn’t attend the funeral due to the lockdown, tweeted and offered his condolences. His tweet read, “Wajid Vil always love, respect, remember n miss u as a person n ur talent, Love u n may your beautiful soul rest in peace …”

Wajid Vil always love, respect, remember n miss u as a person n ur talent, Love u n may your beautiful soul rest in peace …

According to the reports, Sajid-Wajid also have composed song for Salman’s next ‘Radhe: Your Most Wanted Bhai’ which was supposed to release on the occasion of Eid. Due to the coronavirus pandemic, the film’s release has been pushed back.