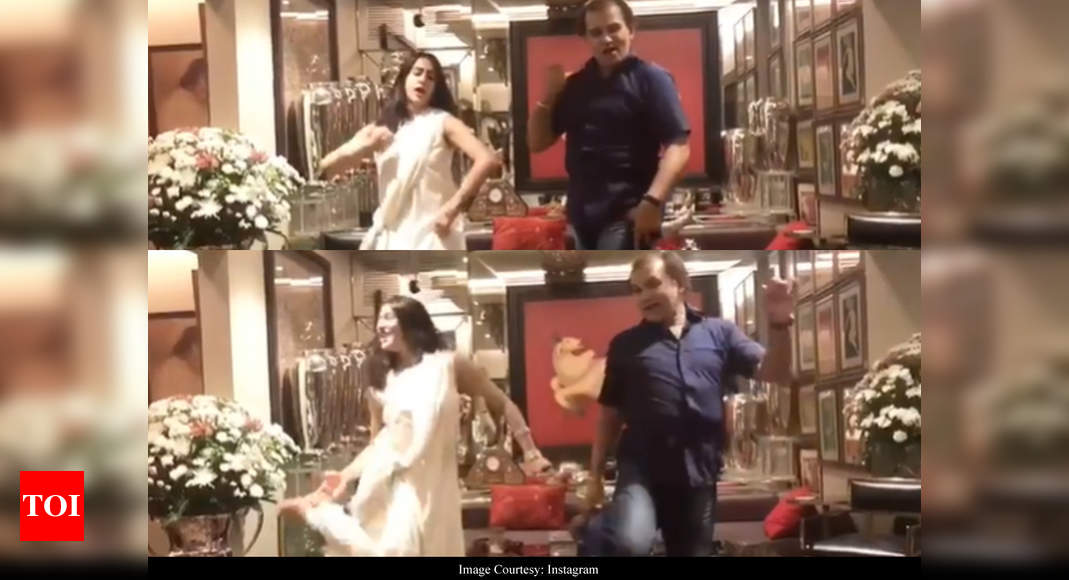 Sara Ali Khan has already proved that she is ace in front of the camera and she has also won hearts with her swift dance move. And here’s a little treat for fans of the actress. Take a look at this rare video of Sara Ali Khan rehearsing to ‘Saat Samundar Paar’ and perfecting her dance moves for a dance act.

Sara was reportedly prepping for her performance at the B-town wedding and she sure left the audience impressed with her act. Take a look at Sara’s final act which took place even before she marked her debut in Bollywood.

Saif Ali Khan and Amrita Singh’s daughter Sara marked her entry in films with Sushant Singh Rajput starrer ‘Kedarnath’ in December 2018. She went on to win hearts with ‘Simmba’, wherein she was paired alongside Ranveer Singh. Up next, Sara will be seen in ‘Coolie No 1’, romancing Varun Dhawan. The comedy entertainer was scheduled to hit the screens in May, but has been postponed due to the lockdown. Sara will also share the frame with Dhanush and Akshay Kumar in ‘Atrangi Re’.