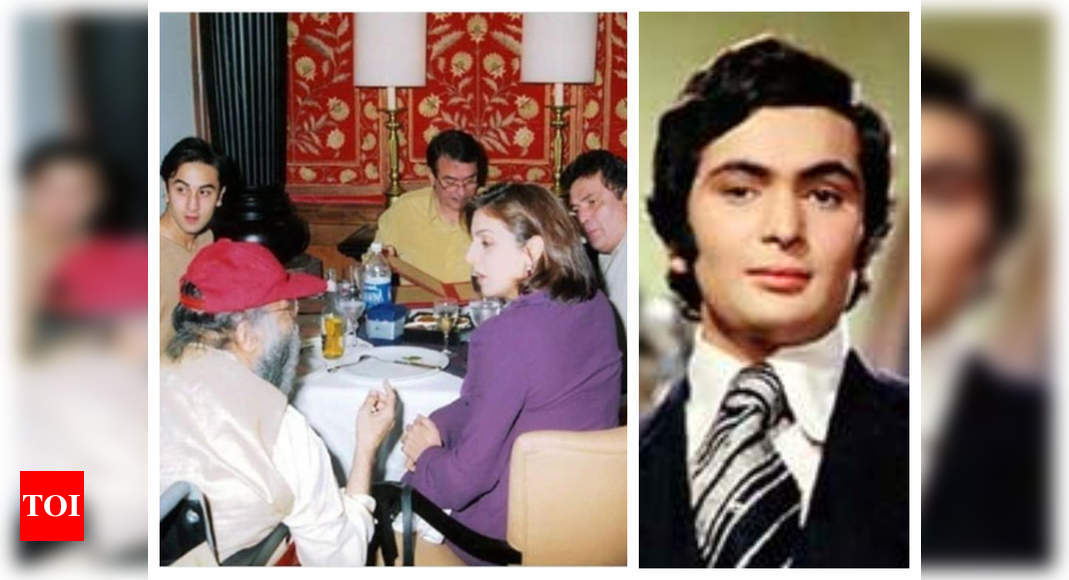 Shootings have been stalled and our Bollywood celebrities are currently at home due to the coronavirus pandemic and lockdown. And while we wait for the things to return back to normalcy, we are taking down memory lane by revisiting old pictures and videos.

We got our hands on this throwback picture of Ranbir Kapoor where he looks like a spitting image of his father Rishi Kapoor from his younger days.

Check out the photo here:

In the picture, Ranbir Kapoor is seen dining with his family. Dressed in a brown full-armed t-shirt, the actor looked dapper as ever. His side-parted hair-do and looks definitely reminds us of young Rishi Kapoor who is seen sitting right in front of him at the table along with wife Neetu Kapoor and brother Randhir Kapoor.
Rishi and Ranbir strictly shared a father-son relationship. In an earlier interview, Rishi had revealed that his only regret is that he never made friends with son Ranbir Kapoor.

Rishi Kapoor passed away on April 30 this year after battling cancer in a Mumbai hospital. The actor was away in New York for a long time for his treatment. He had recently returned to India healthy. The actor is survived by his wife Neetu Kapoor, son Ranbir and daughter Riddhima Kapoor Sahni.

On the work front, the actor was supposed to start working on his film, ‘Sharmaji Namkeen’ co-starring Juhi Chawla in the lead role. He was also to start shooting for the official Hindi remake of ‘The Intern’ where he would have shared screen space with none other than Deepika Padukone.

Ranbir, on the other hand, will next be seen in Ayan Mukerji’s ‘Brahmastra’ co-starring his ladylove Alia Bhatt. He also had Luv Ranjan’s next with Deepika Padukone.