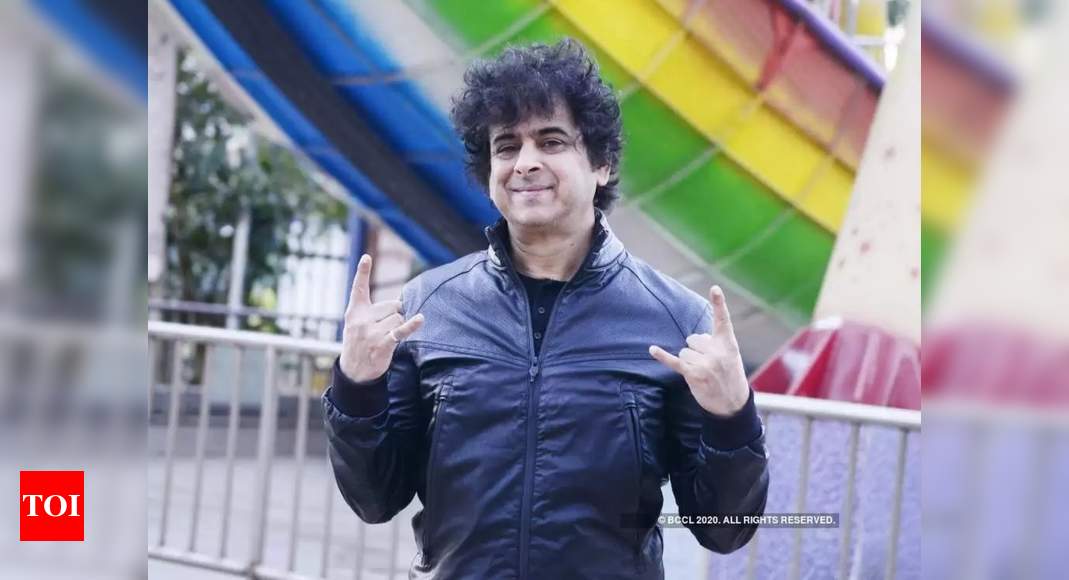 In the wake of Bollywood actor Sushant Singh Rajput‘s untimely death, Sonu Nigam also came out in open and shared the dark secrets from the music industry, highlighting the presence of music mafia‘s, who create roadblocks in the career of the new and aspiring talents. While the news shocked the entire nation, his statement has grabbed everyone’s attention and become the talk of the town.

In an Instagram live chat with ETimes, singer and music composer Palash Sen talked about the difficulties faced by an outsider in the music industry and how the music has changed over the period. Not only that but the frontman of Euphoria also shared his views on the shocking revelations made by Sonu Nigam about music mafia.

How difficult is it for an outsider to break into the industry?
It may not be difficult to break into the industry but surviving in the industry is extremely difficult. I’m trying to encourage those who consider themselves outsiders. It’s difficult in every profession, every sector but creative people are emotional. We’re in it together, you have to keep at it and never give up. From day one I’ve been an outsider. A guy from Delhi, my roots are in Jammu and Banaras and I’m not a trained musician, I’m actually a doctor. I’m not like the industry people, I don’t behave like them. Euphoria concerts are not filmy concerts. I’ve always been a non-conformist but I could still come here and find my place. That’s what I keep telling everybody, Keep at it, don’t give up. Fight it out, you will reach where you have to reach.

The kind of music/music videos that are made now are very different as compared to the time you started. Why do you think things changed?

Initially, music was being made only for the sake of being made. And everybody had their own voice, their own thoughts and their own style, whether it was Euphoria, Lucky Ali, Silk Route or Daler Mehndi. Nobody was asked to create music in a particular way. Now what happened over the last 10-12 years is that, first of all, everything was taken over by the film industry. All the avenues that music had, whether it was television or radio or digital media, started being controlled by the film industry because they have the money. And after that when labels took over, they realised that whatever they put out has to be manufactured by them, whatever they think will sell. So, the whole thought was marketing based. Instead of making any song commercially successful, they started selling what would be commercially successful according to them. Everything is being controlled by the labels or the film production companies.

What is happening to the independent musician right now? They aren’t getting any shows, no money for recordings, so is the government actually looking at that? But then I realised how can the government help those people because it’s not an organised sector at all. You can talk about daily wagers, businessmen, IT sector, but one cannot speak about the music sector because we don’t have an organised industry. What Sonu is also saying is correct. He knows more about the film industry as I’m not from the film industry, I wouldn’t know. But I have a very different perspective. What I’m saying is, in this country if one has to create music why does it only have to be film music. But then the problem is, if a guy like me does independent music, if I don’t get the support or I don’t get visibility, people will never know that my music exists. I hope I can do something about this. It is extremely important for this country to have an independent music industry, things have already gone out of control. We’re only listening to songs that are remakes, and that’s happening because the people with money want that kind of music and nothing else. They won’t sell any other music. Everybody is responsible for this. What I’m saying is, people who’ve been working quietly for the film industry for many years, who didn’t raise their voice then, they cannot complain now.

Social media is a great place for independent artists to showcase their talent but do labels and music companies give them opportunities?

Of course, a lot of artists do get picked up but it’s very complicated. I don’t think labels would want them to retain their originality. They want that talent to come in and become clones of each other. There are so many talented musicians, even music directors and composers, but eventually, they’re all making songs that almost sound the same. The control has to go away from labels and the film industry, it has to go into the hands of the people. I’m always saying this, again and again, we need a music industry that’s streamlined and organised.