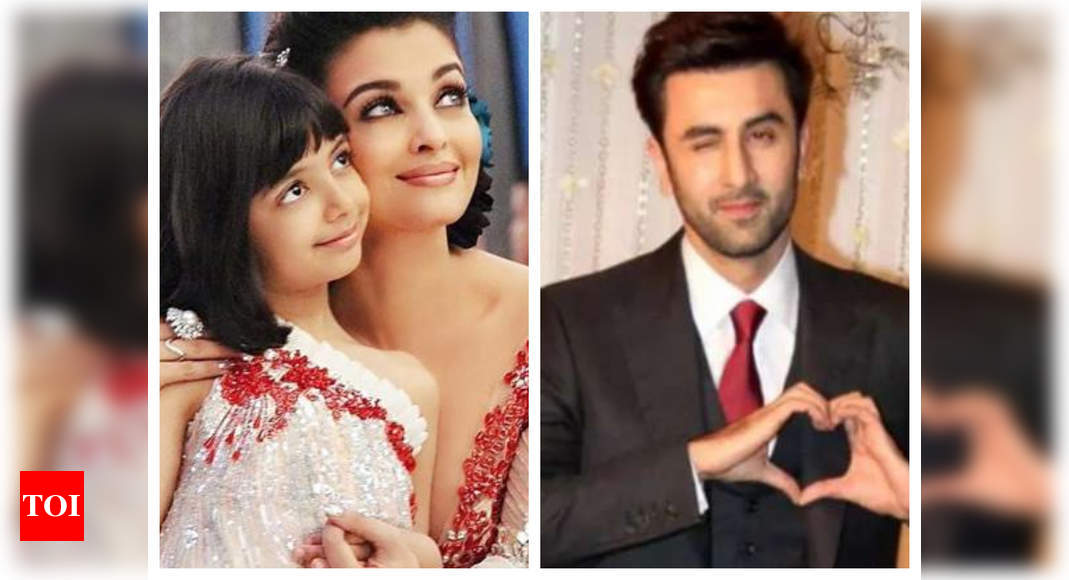 Aishwarya Rai Bachchan and Ranbir Kapoor won the hearts of millions of their fans with their sizzling chemistry in Karan Johar’s ‘Ae Dil Hai Mushkil’. Apart from being co-stars, Aishwarya and Ranbir share a bond of friendship.
In a throwback interview with Filmfare, Aishwarya narrated an incident where she revealed how her daughter Aaradhya Bachchan once mistook Ranbir Kapoor for father Abhishek Bachchan on the sets of their film.

Talking about the same, Aishwarya said, “We were shooting and when I FaceTimed Aaradhya, she gave Ranbir that smile. She knows him well. One day she just ran into his arms. Because he was wearing this jacket and cap like AB (Abhishek Bachchan) and he had the stubble. Thinking he’s AB, she hugged him and he was like ‘Awww’. Hiroo aunty (Johar) said, ‘Ranbir you’re a charmer’. But I understood what had happened. I asked her you thought he was Papa and she said ‘Yaaa’. Since that day she’s become a bit shy around him. Abhishek also teased Ranbir, ‘Hmmm… this one is crushing’. I told Ranbir this is so funny.”

In one of Ranbir’s earlier interviews, he had revealed how he never though Aishwarya will say yes to doing a movie with him and when she did, it was a dream-come-true for him.

The movie received positive reviews from the audience and the critics alike.