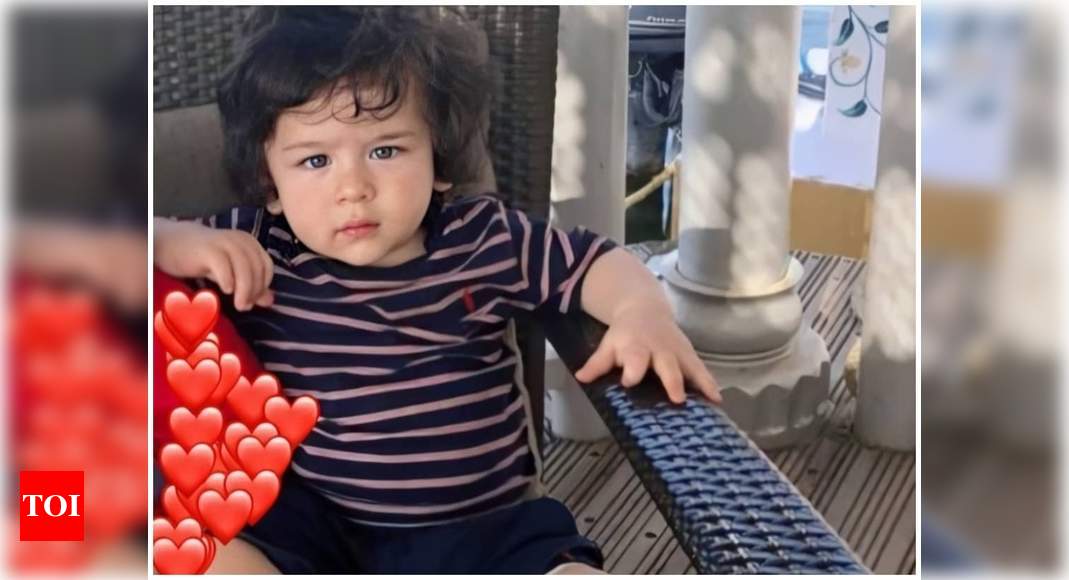 Saif Ali Khan and Kareena Kapoor Khan‘s son Taimur Ali Khan is an avid social media user. He enjoys a massive fan following on social media and there are several fan clubs on social media dedicated to his name. Recently, we stumbled upon a cute photo of Tim Tim and you can’t miss it!

In this throwback photo, we can see him sitting in a chair. He looked cute as a button in a blue stripes t-shirt and matching shorts. His messy hair and confused expression are too cute to handle. The Starkid was recently ruling headlines when his photos with Bebo and Saif surfaced on social media. Tim Tim was papped with his parents as they went to Marine Drive.

Check out his throwback photos here:

Meanwhile, Bebo was last seen in ‘Angrezi Medium’ with Irrfan Khan and Radhika Madan. She will be seen in Karan Johar’s ‘Takht’ and the sequel to ‘Veere Di Wedding’. She also has a film opposite Aamir Khan which is said to be loosely based on American drama Forrest Gump (1994).

Saif was last seen in ‘Jawaani Jaaneman’ with newbie Alaya F and Tabu. He will also appear in the 3D comedy-horror Bhoot Police alongside Fatima Sana Shaikh and Ali Fazal.