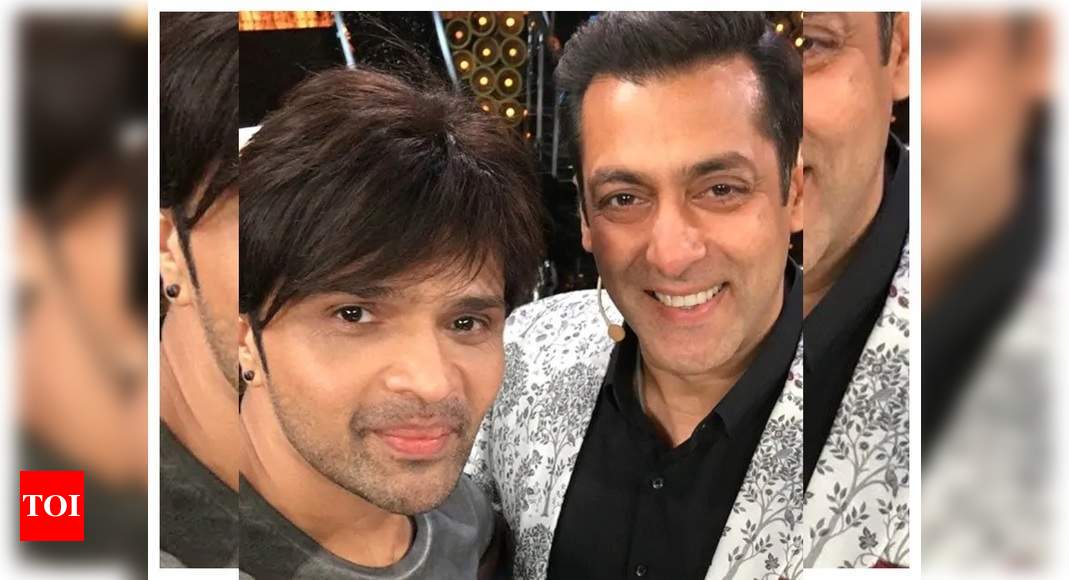 Himesh Reshammiya has always spoken highly about actor Salman Khan who gave him his first break at a time when he says no one believed in him.
Opening up about the same in an old interview with a news portal, Himesh reportedly said that Salman is a legend and the best brother he could have. He added that he is indebted to him for whatever he is today and the whole Khan family for giving him a break. According to Himesh, Salman is a genius and he knows his job very well.

Elaborating more on the superstar, Himesh reportedly added that he surprises every year with something new. According to him, that is one of the reasons why Salman is a superstar and will continue to survive for another 50 years. He added that Salman has the knack to connect with the audience and he is the most lovable star.

Salman gave Himesh his first big break in Bollywood and he composed music for his movie ‘Pyaar Kiya To Darna Kya’. They went on to work together in films like, ‘Yeh Hai Jalwa’, ‘Dulhan Hum Le Jayenge’ among others. He tasted first major success as a music director with 2003 Salman-starrer ‘Tere Naam’.

On the work front, Salman will next be seen in Prabhudheva’s ‘Radhe: Your Most Wanted Bhai’. The movie will also star Disha Patani, Randeep Hooda and Jackie Shroff in key roles. Himesh Reshammiya is also said to have a composition in the film.

The film was supposed to hit the theatres on Eid this year. However, it got postponed due to coronavirus pandemic and lockdown.