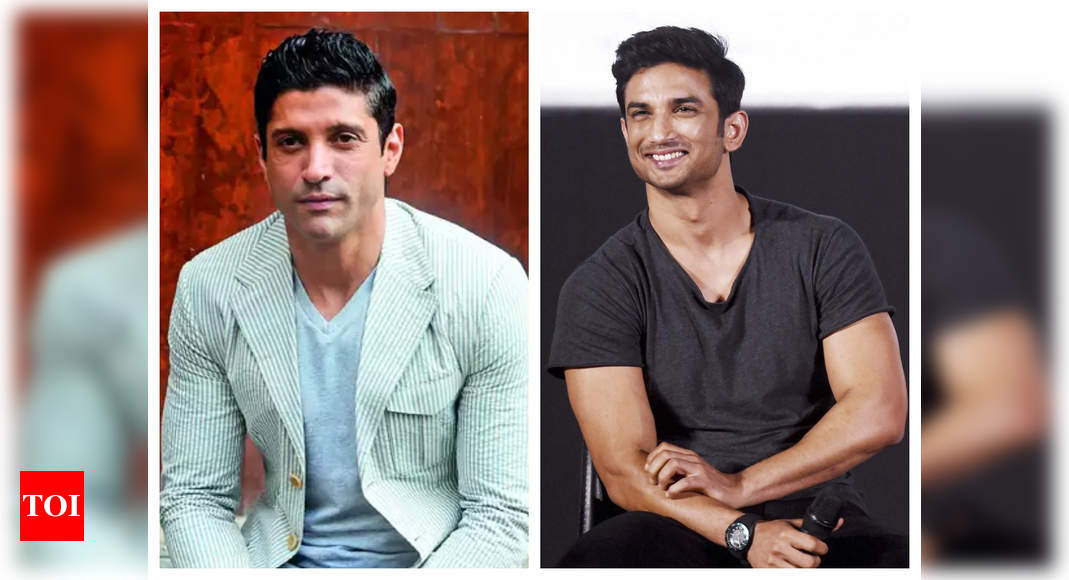 Sushant Singh Rajput carved a niche for himself in his short career in Bollywood with his choices of films and brilliant performances. He was undoubtedly one of the most sought-after actors we had in the industry.
After his tragic demise, many came out in the open to appreciate and applaud the talent that he was. However, did you know it was Farhan Akhtar who had once called him the actor with the brightest future on Karan Johar’s chat show? Yes, you read it right.

Farhan was asked who according to him has a brighter future amongst Aditya Roy Kapur, Sushant Singh Rajput, Varun Dhawan, Sidharth Malhotra, and Arjun Kapoor. Farhan had replied by taking Sushant’s name and calling him the one who will most likely shine.

Sushant was only two films old during this episode. After making his big Bollywood debut with Abhishek Kapoor’s ‘Kai Po Che’, he had done ‘Shuddh Desi Romance’.
Sushant has some notable films like, ‘PK’, ‘Kedarnath’, ‘Chhichhore’ to his credit. His performance was appreciated in all the films. The films also received positive reviews from the audience and the critics alike.

Sushant passed away on June 14 after he committed suicide in his Mumbai apartment. His tragic demise has shocked the entire nation and has left his fans shattered.

On the work front, his last film, ‘Dil Bechara’ will be released on July 24 on a digital platform.