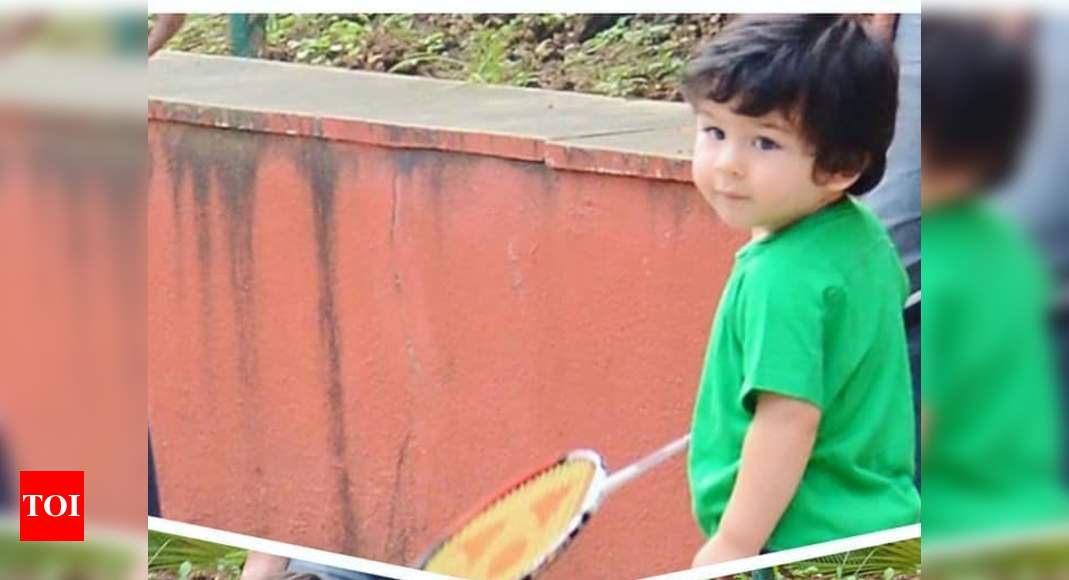 Kareena Kapoor Khan and Saif Ali Khan‘s little munchkin Taimur Ali Khan is adored by all. Paparazzi love to click his photos whenever Tim Tim steps out from his house. From his horse riding photos to airport pictures, fans can’t get enough of the star kids. He enjoys a massive fan following on social media too. There are several fan clubs dedicated to his name.

Recently, we stumbled upon some throwback photos of Taimur from his playdate. In these pictures, he looks very cute as he donned denim shorts and a green shirt. He is holding a badminton racket. Last weekend, Taimur was papped with Saif and Bebo as they went to Marine Drive. As soon as the pictures surfaced on social media they went viral. The couple was also trolled by netizens for not wearing a mask.

Meanwhile, on the work front, Bebo was last seen in ‘Angrezi Medium’ with Irrfan Khan and Radhika Madan. She has some interesting films in her kitty. She will be seen in Karan Johar’s ‘Takht’ and the sequel to ‘Veere Di Wedding‘. She also has a film with Aamir Khan. Saif was last seen in ‘Jawaani Jaaneman’ and ‘Tanhaji: The Unsung Warrior’.