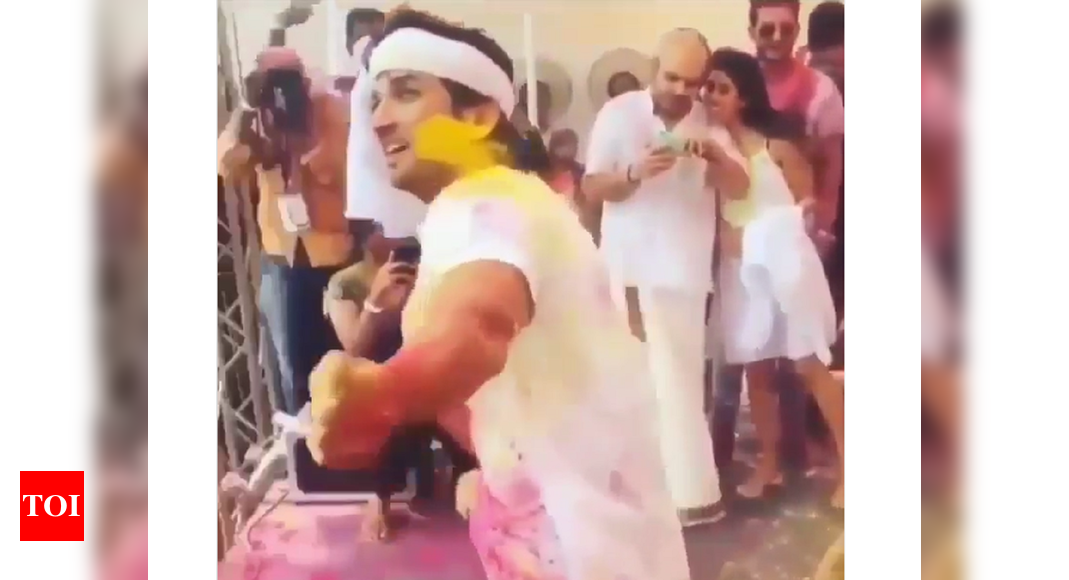 Bollywood actor Sushant Singh Rajput‘s tragic death due to suicide has left the Bollywood industry and his numerous fans into shock. Several fans have flooded the internet with heartfelt tributes and throwback pictures of the actor. Among these, we bring you an interesting throwback video of Sushant where he is seen shaking his legs on Amitabh Bachchan’s hit song ‘Rang Barse’ along with co-star Jacqueline Fernandez.


In the video, the duo stars are seen dancing at a Holi party and enjoying the festival with all their hearts out. On 14th June actor, Sushant Singh Rajput passed away due to suicide at his home in Bandra, Mumbai. His last rites were performed by his family on 15th June in Mumbai which was also attended by Bollywood celebrities like Shraddha Kapoor, Kriti Sanon, Varun Sharma, Vivek Oberoi, and others.


Sushant and Jacqueline worked together in an OTT platform movie and received applause for their chemistry. The actor was last seen in the Bollywood film ‘Chhichhore’ along with Shraddha Kapoor. His upcoming film ‘Dil Bechara’ is postponed due to coronavirus lockdown.Meanwhile, Jacqueline will next be seen along with John Abraham in Lakshya Raj Anand’s action thriller ‘Attack’
. The movie also stars Rakul Preet Singh in a pivotal role. The film is slated to hit the big screen in August this year.