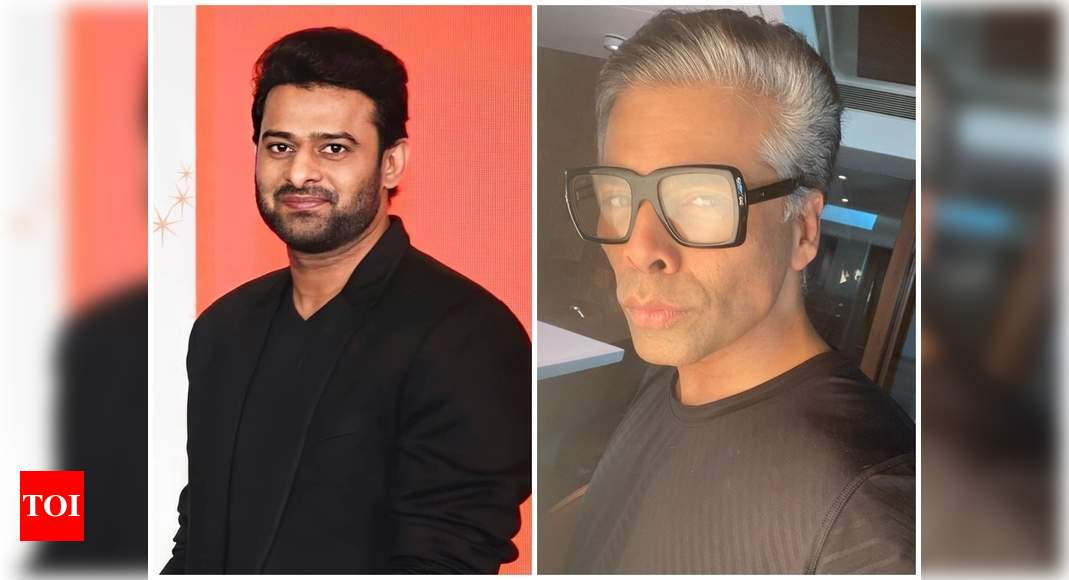 South star Prabhas and Anushka Shetty are one of the most popular pairs of the film industry. Their on-screen chemistry and off-screen camaraderie are loved by everyone. Their fans can’t get enough of the duo whenever they are papped together. Today, we are revisiting some of the interesting quotes of Prabhas on Anushka.

When the ‘Saaho‘ actor graced on Karan Johar‘s Koffee show blamed the filmmaker of starting the rumour about him dating his co-star Anushka Shetty. This happened during the 6th season of KJo’s popular chat show. Prabhas was accompanied by Rana Daggubati and director of the ‘Baahubali saga’, SS Rajamouli.

On the show, Karan had quizzed Prabhas that there are rumours doing the rounds that he is dating his ‘Baahubali’ co-star. To which Prabhas replied ”You started them”. His witty reply surely left everyone in splits.

He recently made headlines when the Russian Embassy in India shared a clip from Baahubali 2 on their social handle and posted that the film is being aired on a television channel in Russia. Along with the video, the Embassy wrote “Indian cinema gains popularity in Russia. Look what Russian TV is broadcasting right now: the Baahubali with Russian voiceover!”