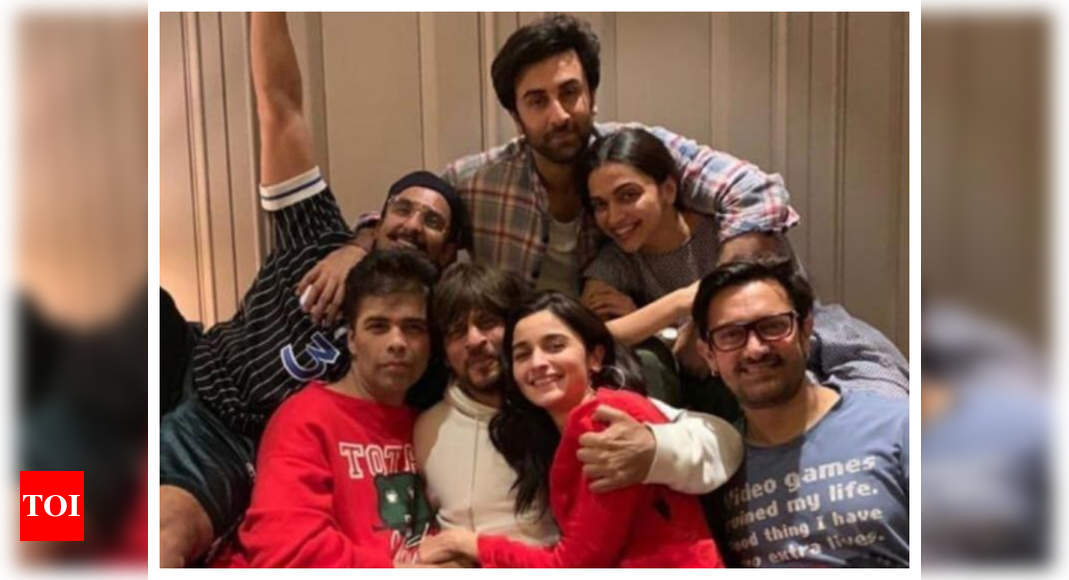 The widespread coronavirus pandemic has forced people all over the world to sit back at home and our Bollywood celebrities have been no exception to the same. While it has been months we haven’t seen pictures of actors partying or shooting on the sets of their film, it has been raining throwbacks on social media.
We got our hands on a throwback picture where Bollywood’s bigwigs were seen sharing a frame on a casual occasion.


In the picture, Shah Rukh Khan is seen striking a pose with Ranbir Aamir Khan, Karan Johar, Ranbir Kapoor, Alia Bhatt, Ranveer Singh and Deepika Padukone. The celebs are all smiles for the lovely picture.

Shah Rukh and Aamir Khan look dapper as ever in their casual outfits. Ranveer and Ranveer look dashing as they pose for the camera. Alia and Deepika, on the other hand, looked lovely as ever.

Meanwhile, on the work front, Shah Rukh Khan will reportedly be seen next in an immigration drama by Rajkumar Hirani. Aamir will be seen in ‘Laal Singh Chaddha’ alongside Kareena Kapoor Khan.

Alia and Ranbir will be seen sharing screen space for the first time in Ayan Mukerji’s ‘Brahmastra’. Ranveer Singh will be seen next in Kabir Khan’s ‘’83’ which his wife Deepika is co-producing. Deepika will be seen in Shakun Batra’s next with Ananya Panday and Siddhant Chaturvedi.

Karan Johar, on the other hand, will be directing his first-period film, ‘Takht’.