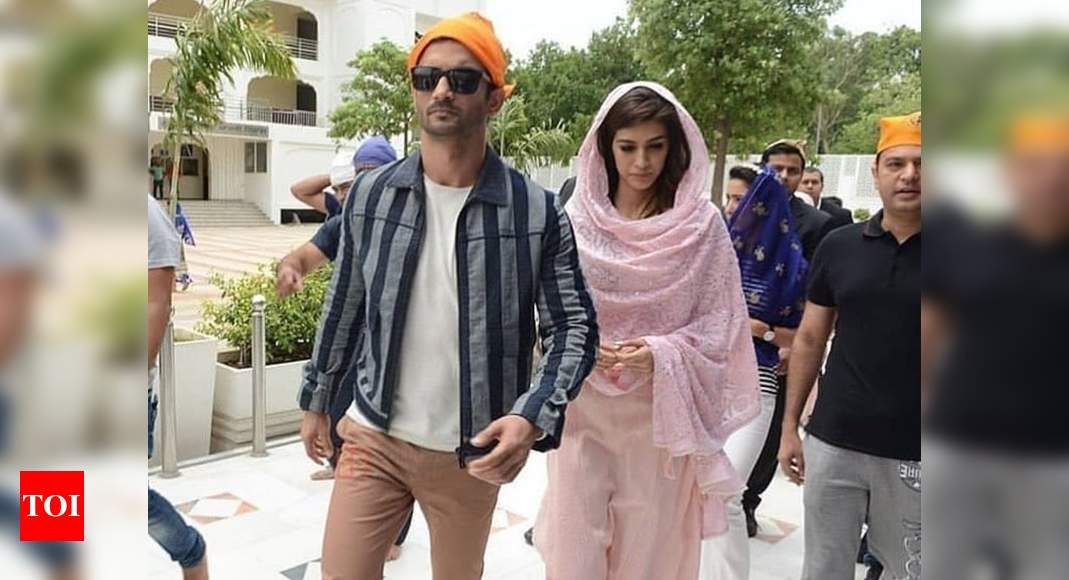 Sushant Singh Rajput passed away on June 14th at his Bandra residence. His last rites were held on June 15th at Vile Parle. The actor who made his debut with ‘Kai Po Che’ gave us some interesting films including ‘PK’, ‘Kedarnath’, ‘Sonchiriya’to name a few. Sushant worked with Kriti Sanon worked in ‘Raabta’. Their on-screen chemistry was praised by all.

Post the actor’s sudden demise, fan clubs on social media dedicated to his name have been sharing some priceless throwback photos of the actor. Recently, we stumbled upon some adorable pictures of Sushant with his co-star Kriti Sanon. The stars had visited Gurudwara to seek blessing for their film.

Check out their pictures here:

Recently, there were rumours doing the rounds on social media that his dog Fudge passed away. A source close to the actor rubbished all such reports and revealed that not only Fudge but all four of Sushant’s dogs are fine and doing well at his Pavna house.

A few days back, the actor’s family hosted a prayer meet in his honour at their Rajiv Nagar residence in Patna.