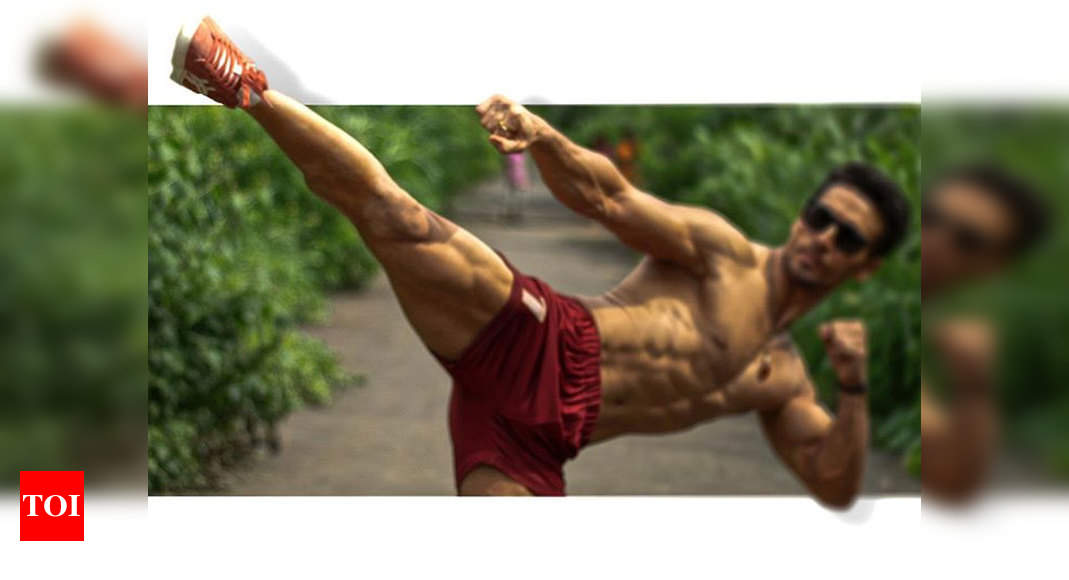 Bollywood action star Tiger Shroff mentioned not too long ago that he has run out of photos to share with his fans on social media. Tanks to fans, shutterbugs and some editing techniques, the actor is keeping his feel updated by simply getting creative with his photos.

With travel plans still on hold, the actor spent #ThrowbackThursday going though photos from his exotic getaways and shared this cool 3D click with fans. Performing a flying kick for the cool click, the star showed off more than just his ripped and chiselled abs.

The cool photo won him hearts from his ‘WAR’ co-star and mentor Hrithik Roshan and several other fans.

Tiger’s film ‘Baaghi 3’ that co-starred Shraddha Kapoor, was among the last theatrical releases in Bollywood before the forced closure of cinemas and the film industry, due to the coronavirus crisis.

While his professional commitments may be on hold till things resume to normalcy in the city, on the personal front, the actor has allegedly been spending the lockdown with rumoured girlfriend Disha Patani. Tiger has films like ‘Heropanti 2‘ and the ‘Rambo’ remake in his kitty.