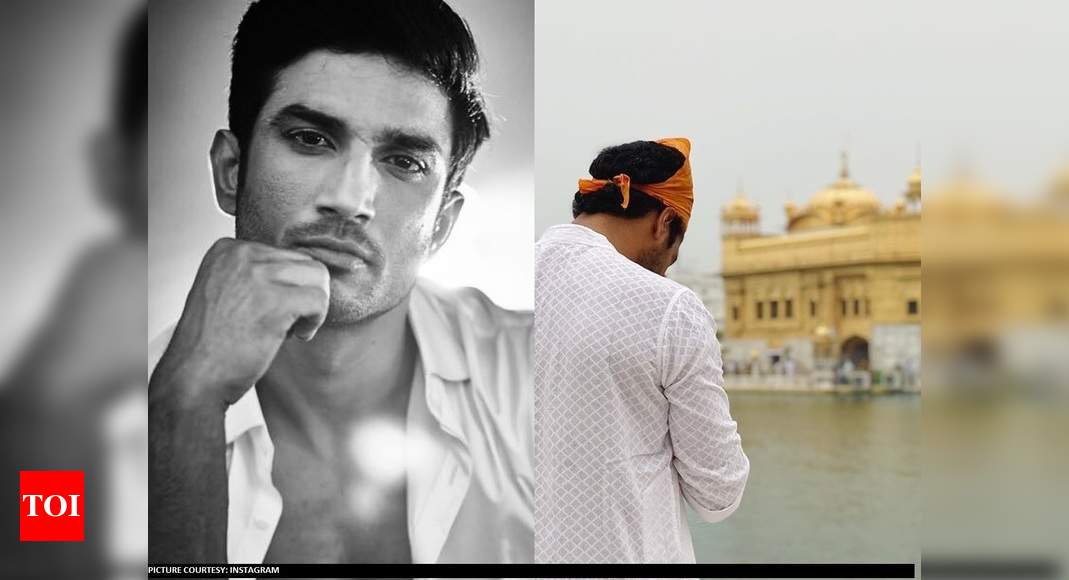 Even before the week started, Sushant Singh Rajput’s tragic demise on Sunday shook the entire nation, leaving all in disbelief. The following week saw various issues being discussed on social media including a serious debate over the existence of depression as well as nepotism in the entertainment industry; all trying to find something to attribute Sushant’s decision of opting for suicide to. And while the police investigation continues, fans and friends couldn’t help but pay their tribute to the brilliant star with throwback videos, pictures and notes of the actor. The week also saw Sonam Kapoor Ahuja missing her film sets and Kajol sharing early Father’s Day wishes for her late father. Meanwhile, Kriti Sanon and Vicky Kaushal were among those praying hard for the departed souls to rest in peace.

This week began on the darkest note during the lockdown. While news of veteran and talented artists including Rishi Kapoor, Irrfan Khan and Wajid Khan passing away shook the entire nation earlier, the demise of young and promising actor Sushant Singh Rajput on Sunday left everyone from his fellow celebrities to fans shell-shocked. Many couldn’t believe that it was true at all and when his body was taken out of his Bandra home in Mumbai, the grief everyone felt was beyond words. It was not just the fact that such a brilliant actor was no more but the way he had passed away. It was not an accidental demise or a result of a long time illness, the star had died by suicide. Fans and friends had no words to explain how they felt and all they could do was remember him with his amazing videos and pictures from the past. His body of work was impressive, his thoughts were super intelligent and all his handwritten notes spelt nothing but focus. Why then had such a charming and brilliant person decided to take his own life remains a mystery to all as the actor did not leave any suicide note behind. What he did leave for his loved ones though is a lifetime full of memories that will never die!

And while practically every celeb or non-celeb sent their condolences for Sushant’s family and prayed for his soul to rest in peace, there were other posts that did the rounds on the internet as well. Sonam Kapoor Ahuja couldn’t help but express how she felt nostalgic about being on the set of her films and rehearsing her lines. She shared a picture of her from the 2014 film ‘Khoobsurat’ where she co-starred with Fawad Khan.


Meanwhile, Kajol decided to send early Father’s Day wishes to her father Shomu Mukherjee even if the day will be celebrated by the world tomorrow. Shomu Mukherjee was a respected filmmaker who passed away in 2008 but not before making every moment of his life memorable for many including his wife, veteran actress Tanuja and daughters Kajol and Tanisha Mukherjee. The ‘Tanhaji’ actress shared a video of the various memories of her father with his family.


One of the most heart-wrenching tributes for Sushant Singh Rajput came from his ‘Raabta’ co-star Kriti Sanon who shared a picture from their film and few from their fun outings together. But it was not the pictures that broke everyone’s hearts; it was her long emotional caption that welled up the eyes of many. She wrote about how she knew how his mind worked and about how she wished she could have helped him when he felt lonely. She also wrote about how she felt bad that Sushant had pushed people who loved him away. Her words and the pictures were one of the most touching posts anyone shared for Sushant. And that’s probably because these came from a true friend!

Last but not the least was Vicky Kaushal’s post which featured him praying at the Golden Temple in Amritsar. Clearly a throwback click, but he accompanied this one with a caption that wished for everyone who had passed away in the last few days including the Indian soldiers who more recently martyred at the Galwan Valley in Ladakh after a face-off with Chinese troops.