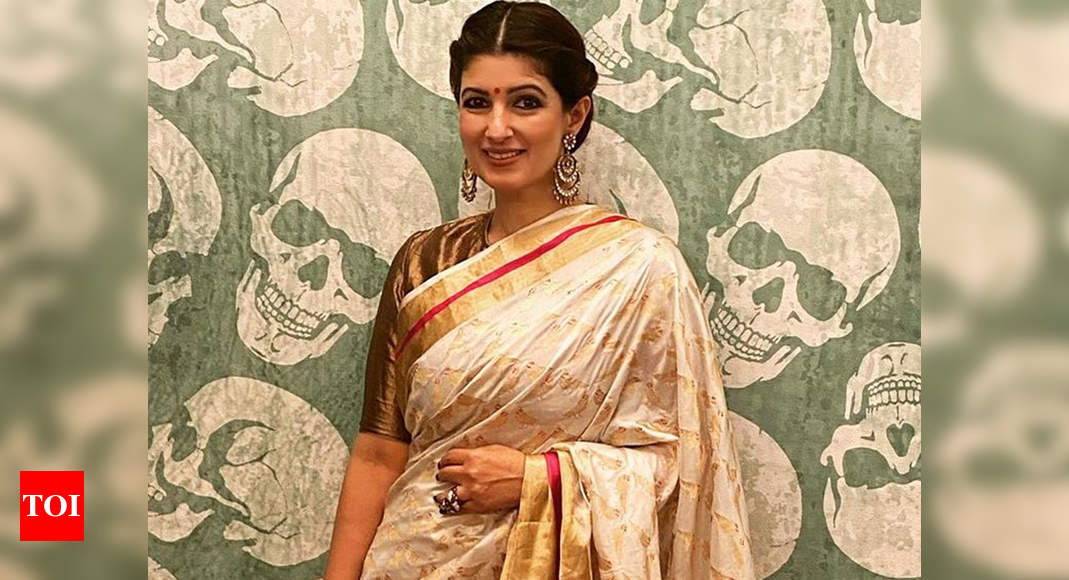 Twinkle Khanna has been capturing nature at its best from her home and sharing glimpses of rain, the beach, flowers and what not. Today the actress shot a video of two crows seeking shelter as Mumbai witnessed heavy rainfall. Twinkle had captioned the post, “My two pals are back to seek shelter from the rain. Perhaps this is a version of anthropomorphism, but they seem to behave in a distinctly familiar way. One shrieking out grievances, reassurances follow and then some french kissing, beaks be damned.”

And while Twinkle Khanna has busied herself with writing at home, Akshay Kumar gears up for shoot. The actor is set to resume shooting of his next film ‘Bell Bottom’ this month. The period drama is mounted on a lavish scale and the team will soon be travelling to Scotland in private jets. ‘Bell Bottom’ will be directed by Ranjit M Tewari with Akshay Kumar romancing Vaani Kapoor. Excited to start shooting with Akki, Vaani had told IANS, “I just can’t wait to be back on the sets again and start shooting. Having said that we obviously will have to take a lot more safety measures but things will have to eventually return to normalcy. I feel more than being fearful, one will just have to be cautious and take all preventive measures and continue being optimistic.”

‘Bell Bottom’ will be set in the 1980s and its first look was unveiled by Akshay Kumar last year. The film was announced for release in April 2021, however it remains if the film will manage to stick to its promised date.