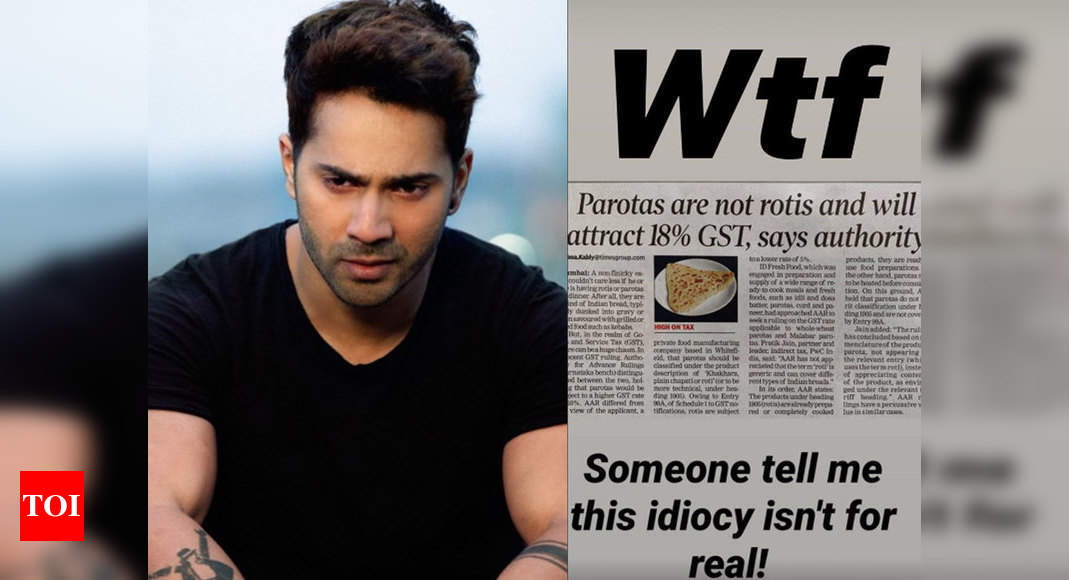 The latest report of ready-to-eat parotas being liable for 18 per cent GST, has upset quite a few on social media, including Bollywood hunk Varun Dhawan.

Taking to his Instagram stories, the actor shared a photo of the news article and expressed his shock and displeasure over the same saying, “Wtf. Someone tell me this idiocy isn’t for real!”

According to reports, unlike rotis, parotas need to be further processed for human consumption and hence are liable for 18 per cent GST, the Authority of Advance Ruling (AAR) said.

In its ruling, the body also said that parotas are neither rotis or khakhras and hence cannot be taxed at 5 per cent.

Explaining further, a finance ministry official said frozen parota is preserved, sealed packed, branded, not a staple item and consumed by a class which can afford to pay tax. Even items like biscuits, pastries and cakes attract 18 per cent GST.

The official further said that plain roti or parota served in a restaurant or provided in takeaways get the same treatment in rates and attract 5 per cent GST only.

Also, this order does not decide the rate of ordinary plain parota.