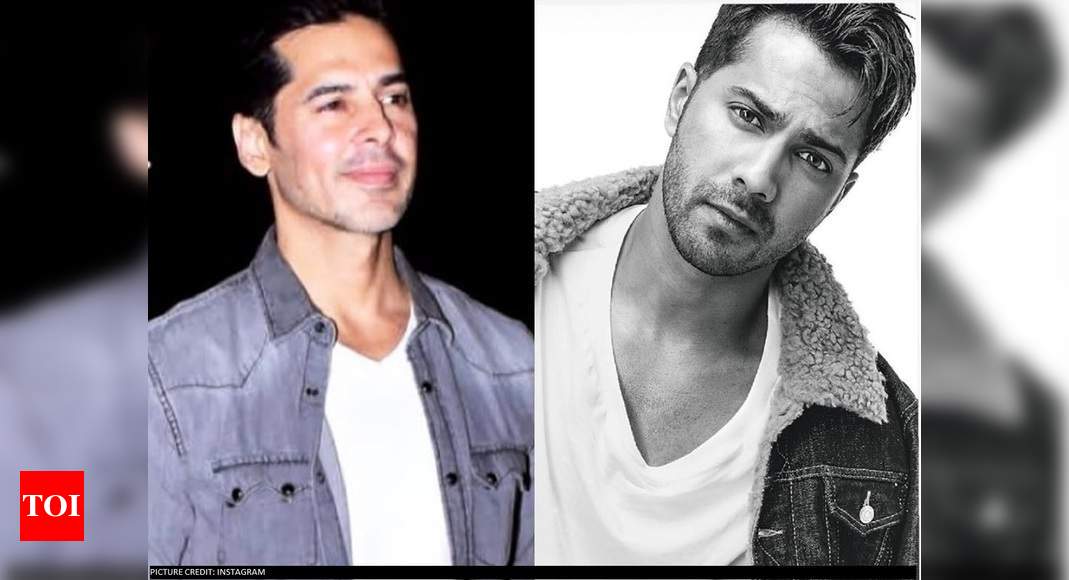 Varun Dhawan has been working hard to tone his body during the lockdown and the results are right in front of our eyes in the ‘Street Dancer 3D‘ star’s latest post. The actor just shared a shirtless picture of him, presumably post his workout, and the chiseled body is worth all the appreciation. Even his fellow actors and industry friends felt so and praised Varun on the post. However, actor Dino Morea had a different concern. He wanted to know who had clicked the picture because, while it looked like a selfie, both his hands were in the frame. And VD’s reply to the question was epic! 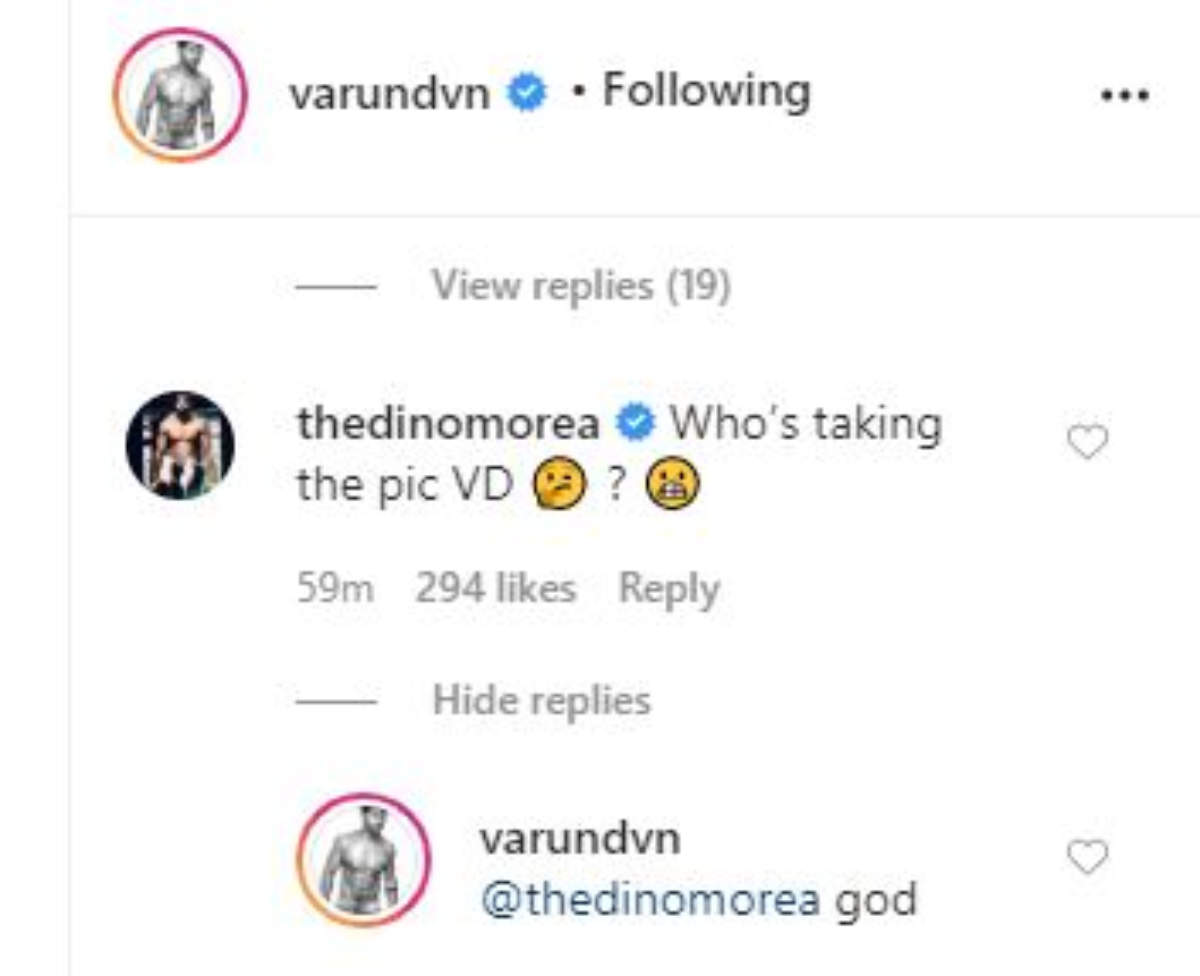 The picture could have been either taken by someone else or even taken on self-timer. And while Dino was hinting at the possibility of a girlfriend having taken it, Varun hilariously responded saying that it was ‘God’ who had taken the click. What followed was all his fans being left in splits as the actor’s comic timing was brilliant even on a social media platform.

On the work front, Varun will be soon seen in ‘Coolie No 1‘ along with Sara Ali Khan under his father David Dhawan‘s direction. The film was scheduled to release on May 1 but had to be pushed ahead owing to the on-going Coronavirus pandemic. Varun was last seen in ‘Street Dancer 3D’ with Shraddha Kapoor.