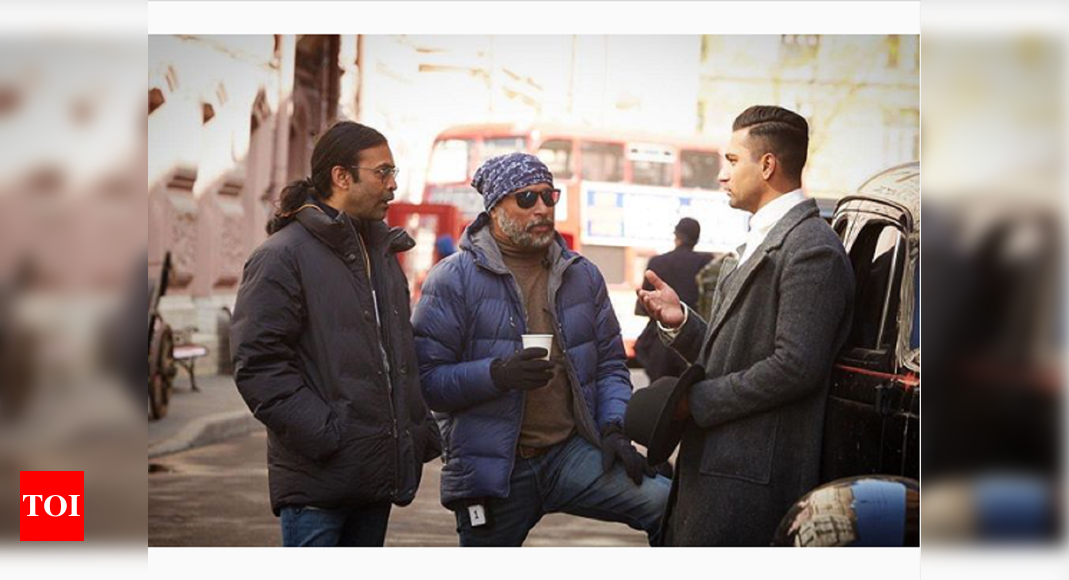 The Coronavirus pandemic has brought the whole world to a standstill. The entertainment industry is one of the worst-hit sectors among others. Releases have postponed, shootings were stalled due to lockdown. However now, the government has decided to unlock and lift the restriction to some extent along with certain precautions.

Soon, Vicky Kaushal took to Instagram to share a still from his upcoming film ‘Sardar Udham Singh‘ where he can be seen discussing scenes with filmmaker Shoojit Sircar and producer Ronnie Lahiri. The actor is seen in his movie character wearing a black suit! In the caption of his post, the actor shared that the post-production of the film will start tomorrow. It read, “When nature beckoned, We listened… We switched gears, From fast forward to slow motion…Now, there is a call again, An excitement, yet a caution…And a hunger to reboot, With this feeling. We begin, again… #SardarUdhamSingh Post production set to #BeginAgain, tomorrow –8th June.”

Meanwhile, ‘Sardar Udham Singh‘ stars Banita Sandhu in the female lead. The film is based on the life of Udham Singh who was a revolutionary freedom fighter best known for his assassination in London of Michael O’Dwyer. The film is scheduled for release on 15 January 2021.