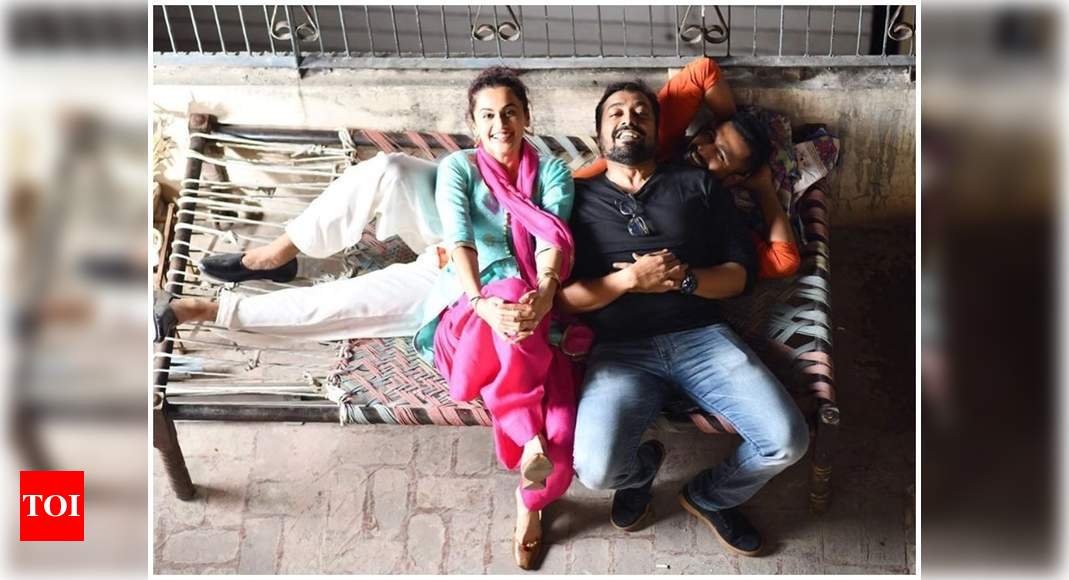 On Taapsee Pannu’s birthday, Vicky took to his Instagram handle to share a fun BTS photo from the sets of their 2018 film ‘Manmarziyaan‘. Helmed by Anurag Kashyap, the film starred Vicky, Abhishek Bachchan and Taapsee in pivotal roles.

He captioned the post as, ”#BehindTheScenes.‘Manmarziyaan’- The last scene between Vicky and Rumi in the film. Me and @taapsee (Happy Birthday! 😘) were ready in costumes chilling on this charpai, the dop was told to set the shots a certain way and he was set and this is when @anuragkashyap10 takes a corner with his pad and pen to write the dialogues of the scene while @kanika.d is going 😱🧐🙃. We get the scene, rehearse and in a few minutes we start shooting. As per the written scene, the scene is supposed to end with our hug.

He further added, ”As we hug with tears in our eyes, Anurag Sir comes in my eyeline behind the camera and starts miming me to break the hug… all this, while the shot is still rolling. I break the hug and AK doesn’t say “cut” for a good long minute. The scene on the script is over. Me and Taapsee both don’t know what to do. Feeling awkward in the moment I start beat boxing and Taapsee smiles and we both end up chuckling. AK says cut and comes dancing in the room saying “Mujhe mera breakup scene mil gaya!” This picture was taken right after we shot that Scene.

Check out the photo here:

Meanwhile, on the work front, Vicky was last seen in ‘Bhoot-Part One: The Haunted Ship’.