Vicky Kaushal is very active on social media. Throughout the lockdown, he gave his fans film recommendations to binge-watch during the free time. The actor recently took to his Instagram handle to share a ‘then and now‘ picture and it is too cute to be missed.

The actor shared the latest photo and a throwback picture from his college days. In both the pictures, he is seen wearing sunglasses. He mentioned that he is recreating his pose from 1st year of college. The picture was captioned as ”Been prepping for this shot since my 1st year of college.” 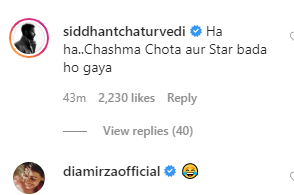 He recently made headlines when he shared a BTS picture from the sets of his upcoming film ‘Sardar Udham Singh‘. He is seen wearing a black suit. Along with the picture, he revealed that the post-production of the film will start tomorrow.

Choosing the Right Pan Can Make You a Better Cook