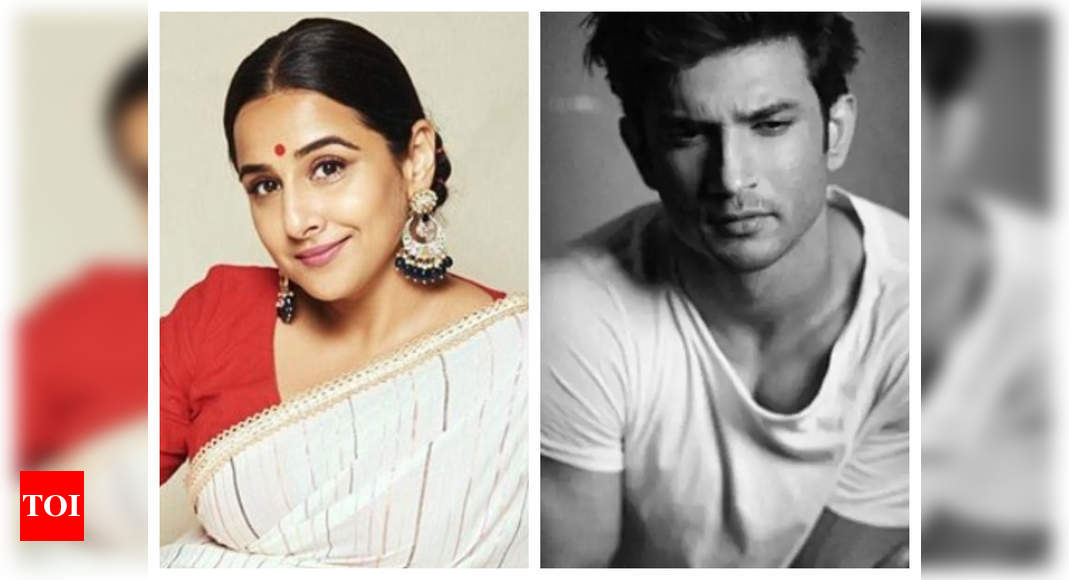 Sushant Singh Rajput’s tragic demise has opened up a can of worms in Bollywood. From his fans protesting against people who are promoting nepotism in Bollywood to actors taking on each other to people demanding a CBI probe in the actor’s death case, the controversies are refusing to die down.

Vidya Balan, who recently opened up about the same to a news portal, reportedly said that people should now let Sushant rest in peace. The actress also added that one needs to keep quiet and show some respect to the late actor.

Elaborating more, Vidya reportedly stated that the theories that people are coming up with after his sad demise is unfair to not only the late actor but also his loved ones. She added that people should now let him rest in peace.

As far as the issue of nepotism is concerned, Vidya Balan acknowledges that it does exist but it has never come in her way.

Sushant Singh Rajput was found hanging in his Mumbai apartment on June 14. His funeral was held on June 15 which was attended by his family, friends and Bollywood counterparts. Fans of the actor have been protesting against Bollywood celebrities like Karan Johar, Alia Bhatt, Salman Khan, Sonam Kapoor and others who have either been promoting nepotism in Bollywood or have been a product of the same.