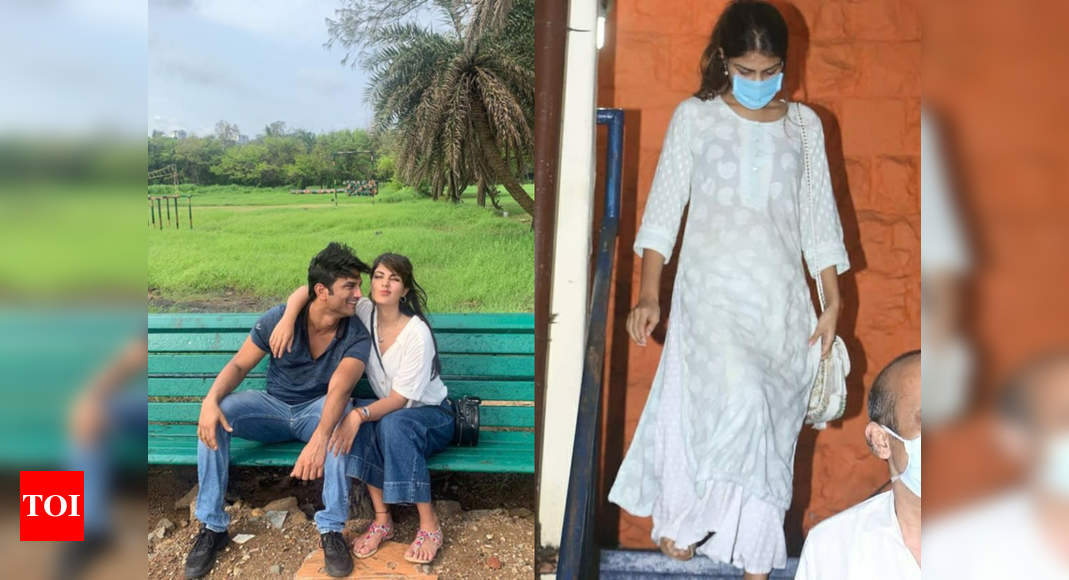 Sushant Singh Rajput’s drastic step to end his life has shocked his fans, family, and friends. As the police have begun investigating the actor’s unfortunate death, on Thursday Sushant’s rumoured ladylove Rhea Chakraborty was summoned to the Bandra police station for further details.

According to the reports, Rhea during her interrogation has confirmed her romantic relationship with Sushant and revealed their marriage plans in 2020. The actress further added that she was aware of Sushant’s mental condition and had informed his sister asking her to stay with him. She also mentioned about fighting with Sushant recently but they were still in touch.

However, according to an entertainment portal, after the death of the Sushant on Sunday morning, the actor’s family wasn’t comfortable to allow Rhea for attending Sushant’s funeral on Monday.

He was reportedly suffering from depression and was quarantining with Rhea at his Bandra residence until she left for her house a few days before the actor took his life.

The duo was supposed to be featured in an upcoming romantic comedy movie by Rumi Jafry. However, sources now claim that not only one but Sushant had multiple movies to finish in the next year.

Meanwhile, a case has also been filed against Karan Johar, Ekta Kapoor, Salman Khan, Sanjay Leela Bhansali and others in connection with Sushant’s death.