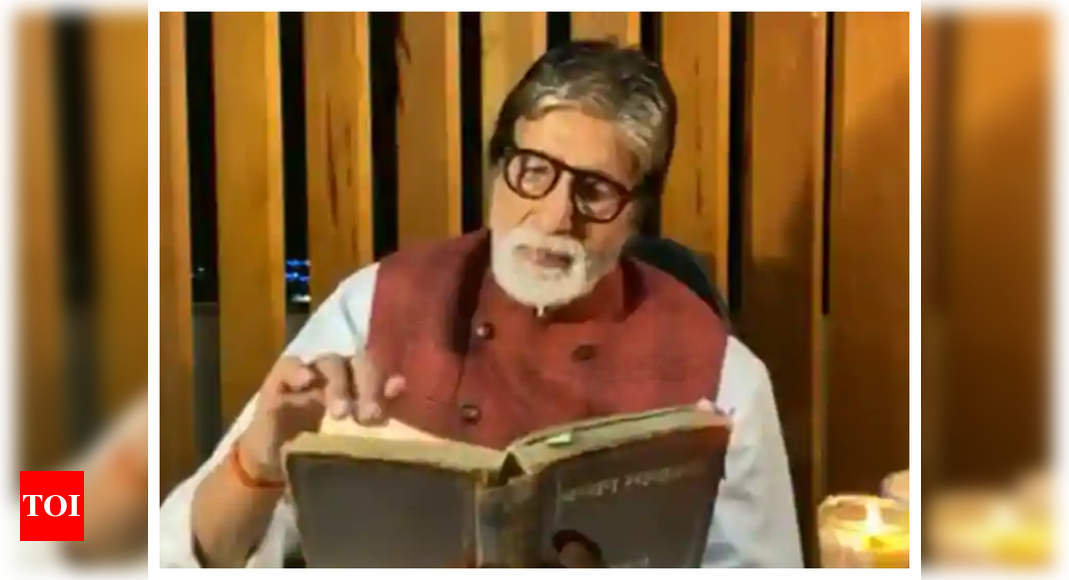 Amitabh Bachchan might be in the hospital fighting his battle with COVID-19 but he has made sure his fans are up to date about his health and well-being. Even from the loneliness of his COVID-19 ward, the megastar has been sharing social media posts with his fans.
He recently took to his Twitter handle to share a video from his ward in the hospital where he is seen reading a book with some lit candles on his side.

Reading poems written by his late father Harivansh Rai Bachchan, Amitabh remembers him. He also added that he misses his beloved father dearly in the loneliness of his COVID-19 ward at the hospital.

On the work front, Amitabh will next be seen in Ayan Mukerji’s ‘Brahmastra’ starring Ranbir Kapoor and Alia Bhatt in the lead roles. The movie is slated to hit the theatres on December 4, 2020.

Apart from this, he will also be seen in ‘Jhund’ and ‘Chehre’.