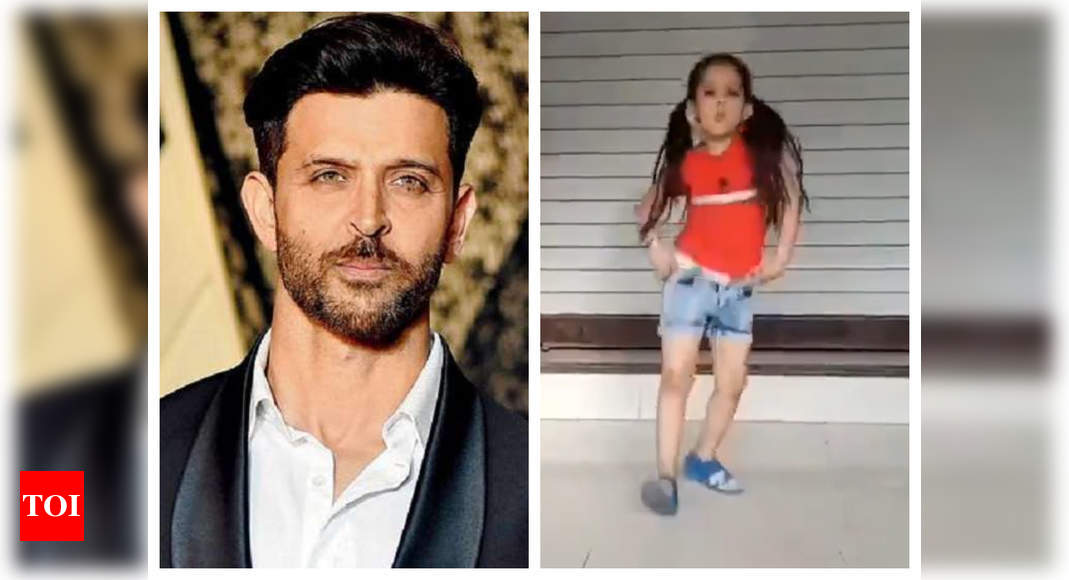 Hrithik Roshan is one of the most loved and sought-after actors we have in Bollywood. He is known for his acting prowess and flawless dancing skills. The superstar is also seen appreciating and praising his fans who share dancing videos with the actor.
He recently shared a video posted by one of his fan clubs where a little kid is seen showing off her dancing skills on his song, ‘Jai Jai Shiv Shankar’.

Got this video on whats app dont know this little princess but she dances her heart out..Issey kehte hai chota pa… https://t.co/U1jEkSdee7

Impressed by the enthusiasm, energy and the steps of the little kid, Hrithik not only shared the video on his Twitter handle but also showered praise on the little “star”. He captioned the post as, ‘What a star ⭐️ love !’

Check out his response here:

Hrithik is currently self-quarantined at home with his ex-wife Sussanne Khan and kids Hrehaan and Hridhaan due to coronavirus pandemic. He has been sharing pictures and videos with his fans on social media and they just cannot get enough of the Greek God of Bollywood.

Hrithik has also been actively lending his support to the people affected by the COVID-19 pandemic in India.

Meanwhile, on the work front, Hrithik will reportedly be next seen in Farah Khan’s ‘Satte Pe Satta’ remake. However, the actor is yet to confirm and announce the same officially.
He has also been approached for Deepika Padukone’s ‘Mahabharat’ which will be made from the point of view of Draupadi.