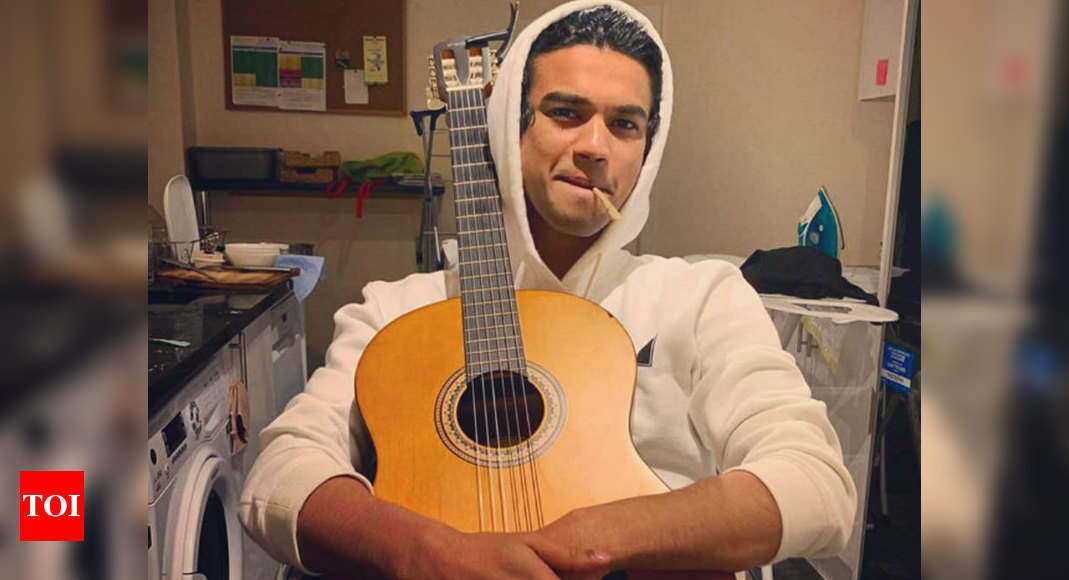 Babil Khan, son of late Bollywood star Irrfan Khan, showed off an interesting side to his mysterious personality when he shared a video of himself freestyling on his guitar.

Sharing the set of 3 videos, he captioned them saying, “Those exact moments when the camera is rolling and you’re supposed to freestyle but then no words show up. (There’s a guitar on my lap, earphones are recommended.)”

While the first clip starts off with the star-kid just strumming his guitar while thinking of words, it seems that once he turned off the lights the tunes and words flowed through.

The young hunk, who has been pursuing his studies in the UK, flew back to Mumbai city in time to be by his father’s side before he breathed his last on April 29. Since then, Babil has been letting fans and friends in on some of his most treasured memories, photos and videos of his father.

According to reports, much like his father, Babil has taken a keen interest in filmmaking and enjoys spending his time working behind the lens.