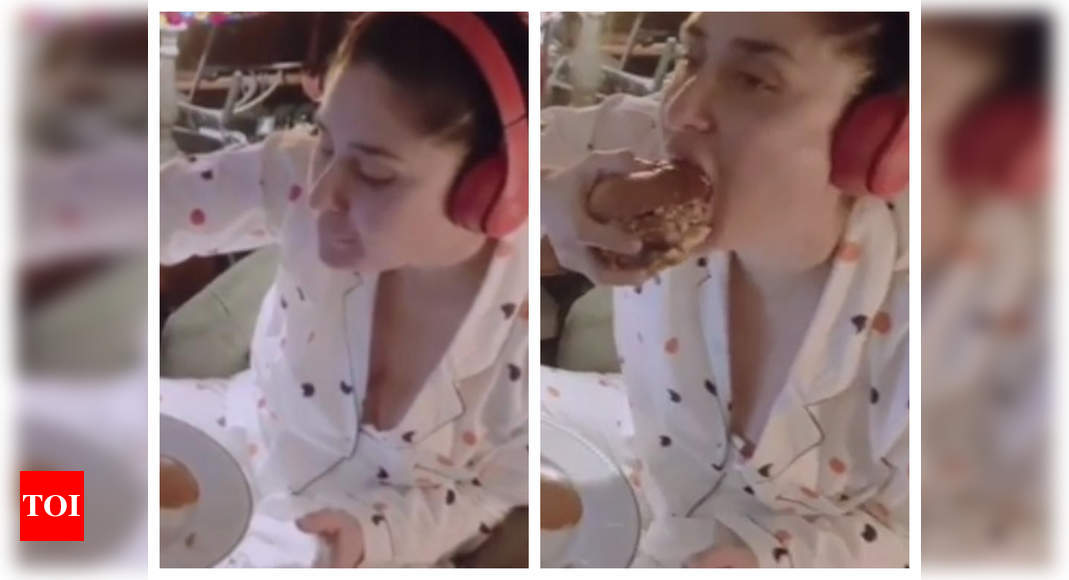 Ever since Kareena Kapoor Khan has debuted on social media, there has never been a dull moment for her fans. She is often seen sharing pictures and videos of herself and her loved ones with her fans on Instagram.
She recently took to her picture-sharing app to share a glimpse of how she spent her Sunday and it is sure to make you green with envy.

Check out the video here: In the video, Kareena is seen binge-watching a popular show while gorging on her favourite burger. She also revealed that the burger is made by none other than her producer-friend Rhea Kapoor. She captioned the video as, ‘Now that’s a Sunday binge on acid! 😉😉 Friends on my iPad, the best burger in my hand by my bestest producer ever… thank you @rheakapoor for always supporting my stomach (no pun intended) ❤️❤️❤️❤️🦵🏻🦵🏻🦵🏻🦵🏻🦵🏻🤣🤣🤣💯💯💯💯💯 Love you 😉’

Kareena Kapoor Khan has been at home from past four months now due to the lockdown. She is often seen stepping out for a stroll with her husband Saif Ali Khan and son Taimur Ali Khan.

On the work front, she will next be seen in Karan Johar’s ‘Takht’ which will also star Ranveer Singh, Alia Bhatt, Vicky Kaushal, Bhumi Pednekar, Anil Kapoor and Janhvi Kapoor.

She will also be seen in ‘Laal Singh Chaddha’ co-starring Aamir Khan in the lead.