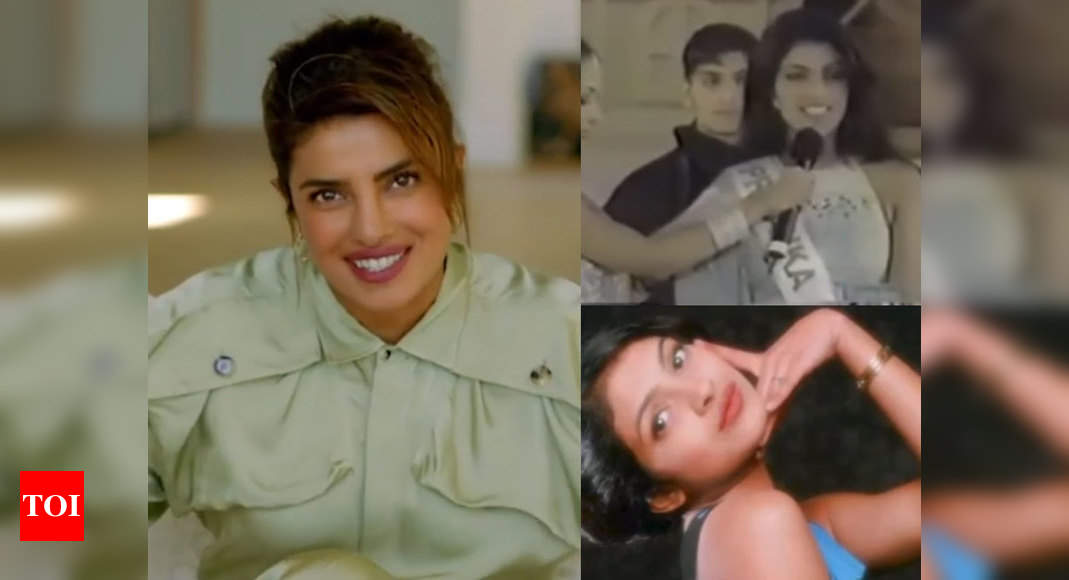 Bollywood actress turned international superstar, Priyanka Chopra is slowly paving her way in Hollywood, but she has already clocked 20 years in the Hindi film industry. With more than 50 movies to her name including some critically acclaimed production ventures, this beauty began her journey to super stardom when she won the Femina Miss India 2000 beauty pageant.

The actress, who is celebrating two decades in the industry, turned back the clock to her crowning moment and shared some hilarious reactions to her sense of style in the video and even joked about photos from her old photoshoots that landed her a ticket to Tinseltown.

Sharing the video on her handle, she wrote, “Alright guys, we’re doing this! I’m watching footage from my Miss India pageant in 2000! This is where it all began… If you’ve never seen these before, you are in for quite a treat. #20in2020 @feminamissindia.”

PeeCee casually commented on her hairstyle, poked fun at the way she swayed on-stage, and also recalled having luscious hair. Jokes apart, she also took a moment to appreciate her “clever and profound” answer that won her the crown.

When asked who she would punish – Adam, Eve or Satan, she said, “I would punish Satan, the serpent because I belive that evil is instigated not created. Even though Satan was right, She believed him. Let us get a moral from this. To decipher between good and bad without being bias. ”

While revisit the moment, she not only shared an insight into what when behind the look and her hair style, but also how she never expected to win. She also revealed that she had a train ticket booked to go back and give her board exams.

She also shared a bunch of her old photos and admitted, “These pictures are hard to look at.”

“Well, this is where everything started. These are the pictures that sent me to Tinseltown,” Priyanka said as she shrugged and laughed it off.

On the work front, Priyanka has not yet announced her Bollywood next, but she is expected to begin work on a number of American shows and is rumoured to be in talks for a film project.