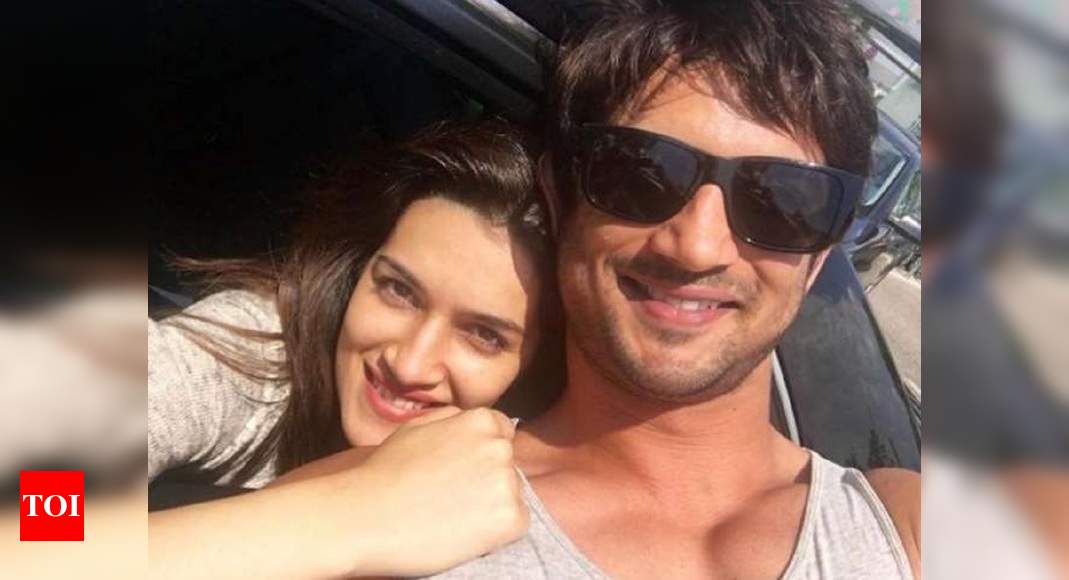 Several celebrities from Rhea Chakraborty, Ankita Lokhande and others took to their respective handles to pay tribute to Bollywood actor Sushant Singh Rajput as it’s a month since his untimely death. On the other hand, fans have been sharing adorable posts in memory of their favourite actor.

Meanwhile, a video of Sushant and his ‘Raabta’ co-star Kriti Sanon rehearsing their dance steps on ‘Main Tera Boyfriend‘ in a throwback video has gone viral on the internet. The late actor, who was a scintillating acting performance was also known for his stellar dance moves. Check out the video here:

While the police are still investigating into the matter, fans have been urging PM Modi for a CBI inquiry in the case. The police have interrogated nearly 30 people in the case to find out the reason behind Sushant’s drastic step to end his life.

On the other hand, fans have even highlighted nepotism in Bollywood and raised an uproar against many Bollywood personalities in connection to Sushant’s suicide. Meanwhile, the final post-mortem report of Sushant stated that he died due to asphyxia due to hanging and even the viscera report turned out to be negative, ruling out the presence of any suspicious chemicals or poison.