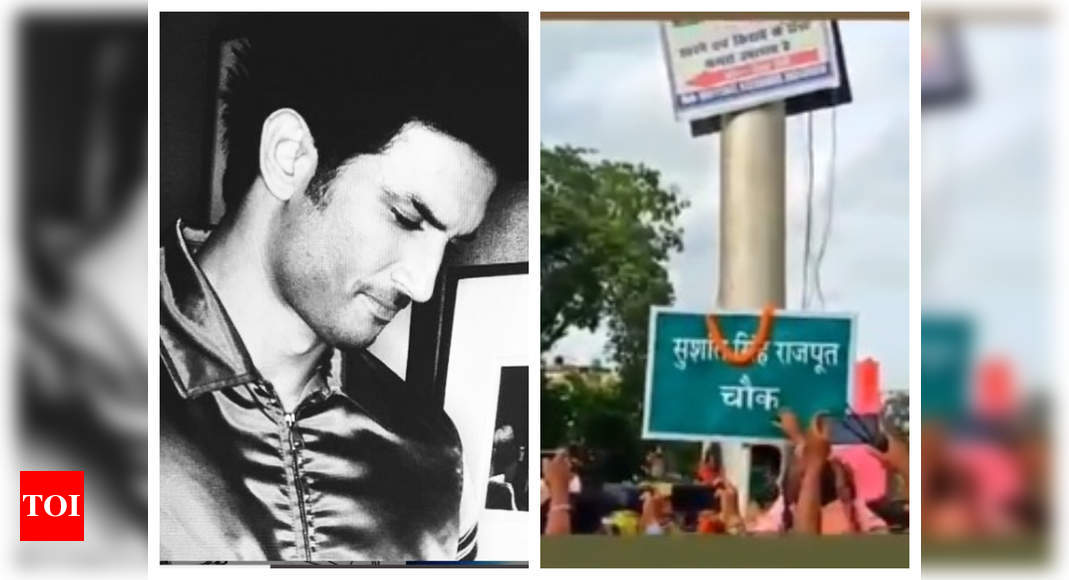 Following Sushant Singh Rajput’s tragic demise, fans of the actor across the nation have been mourning, protesting and paying tribute to the late actor in more than one way. Recently, a road in his hometown Purnea in Bihar was named after Sushant.

Apart from this, she also revealed that she has written a letter to Prime Minister Narendra Modi demanding a CBI enquiry in Sushant Singh Rajput’s case. Apart from her, Shekhar Suman also met with Bihar’s CM for the same last month. His fans have also been urging the Government and the officials for a higher investigation in his suicide case.

Sushant hanged himself in his Mumbai apartment on June 14. No suicide note was found in his house. His funeral took place the next day on June 15 which was attended by his family, friends and his Bollywood counterparts.

An official statement was released by his family after his death where they mentioned that they will be turning his childhood home into a memorial and a foundation will be set up as a tribute to him where young talents will be supported.