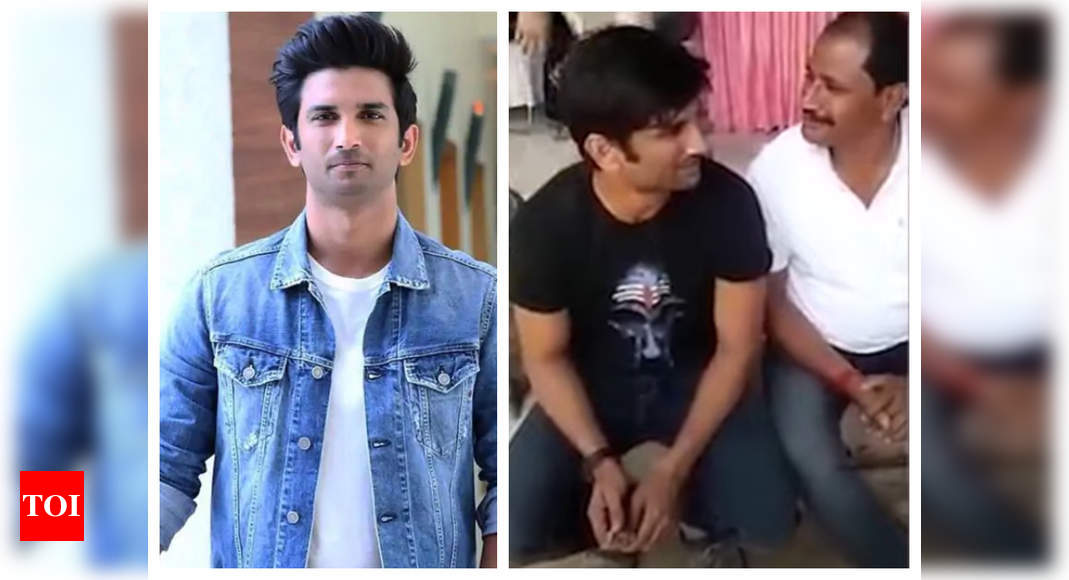 Sushant Singh Rajput had visited his hometown Patna recently after about 17 years. Fan clubs of the actor had shared pictures and videos of the same on social media. We got our hands on a throwback video of the actor from his visit where he is seen talking about his marriage.

In the video, Sushant is seen sitting with his fellow villagers and relatives when a woman asked the actor about his plans to get married. To this, Sushant replied by saying first they need to find her a girl and then he will think about getting married. When the lady asked again if he would be okay with a village girl, he replied by saying why not!

Reports were rife that Sushant was supposed to get married in November to his rumoured girlfriend Rhea Kapoor this year. Sushant and Rhea have been dating for a long time. Even though they did not come out in open about their relationship in public, their dinner dates, outings and social media PDAs spoke volumes about their love affair. Rhea’s property dealer had also reportedly confirmed that the two actors were getting married and were in search of a house.

On the work front, filmmaker Rumy Jafri had revealed that his next film was supposed to star Sushant and Rhea together for the first time. They were supposed to start shooting. However, the shoot got postponed due to the lockdown.
Apart from this, Sushant was next to be seen in Mukesh Chhabra’s ‘Dil Bechara’ co-starring Sanjana Sanghi’