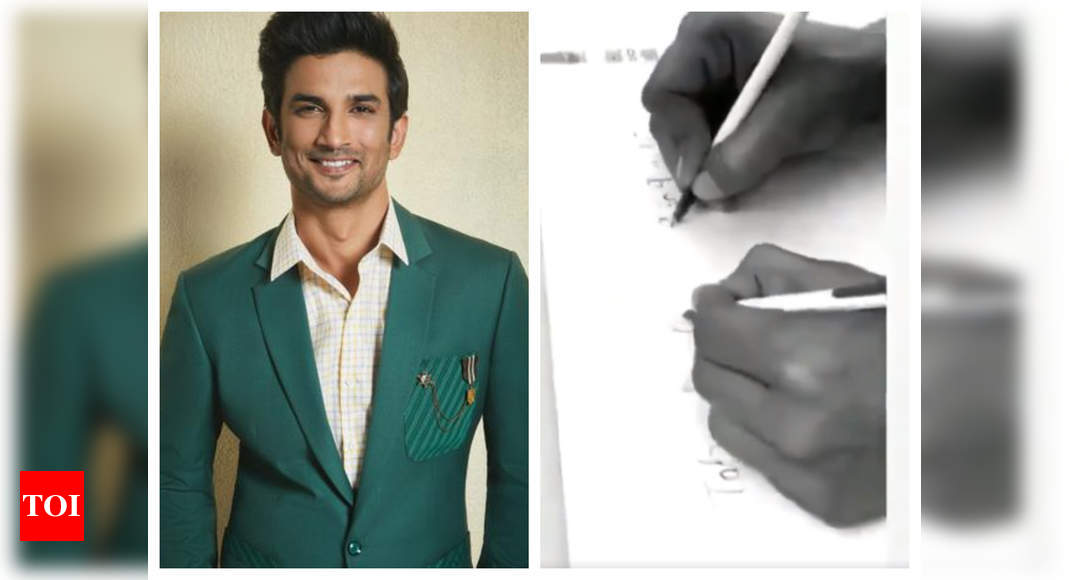 Sushant Singh Rajput was not only a talented actor but also a scholar who had immense knowledge about space and astronomy. Did you know that Sushant also possessed the ability to use both his hands together to write? Yes, you read it right!
We got our hands on a throwback video of the actor where he is seen proving that he was ambidextrous which is the flexibility to make use of right and left hands with equal ease.

#SushantSingRajput ‘s old video shows he was ambidextrous too. Ambidexterity is the flexibility to make use of rig… https://t.co/MjsI6uG9L2

In the video, Sushant is seen writing something on a piece of paper using both his hands together. He is seen striking a cool pose for the video after showing off his unbelievable skills!

Sushant Singh Rajput ended his life by committing suicide in his Mumbai apartment on June 14. He did not leave any suicide note behind. The post-mortem report revealed that his death was indeed due to suicide. However, Mumbai police are still investigating the professional rivalry angle and interrogating people close to him and who have worked with him.

His funeral was held the next day on June 15 which was attended by his family members, friends and Bollywood counterparts. His family also arranged a special prayer meet at his residence recently.

On the work front, he was supposed to star in Rumy Jafry’s next film with rumoured girlfriend Rhea Chakraborty. Apart from this, he will also be seen in Mukesh Chhabra’s ‘Dil Bechara’ co-starring Sanjana Sanghi.