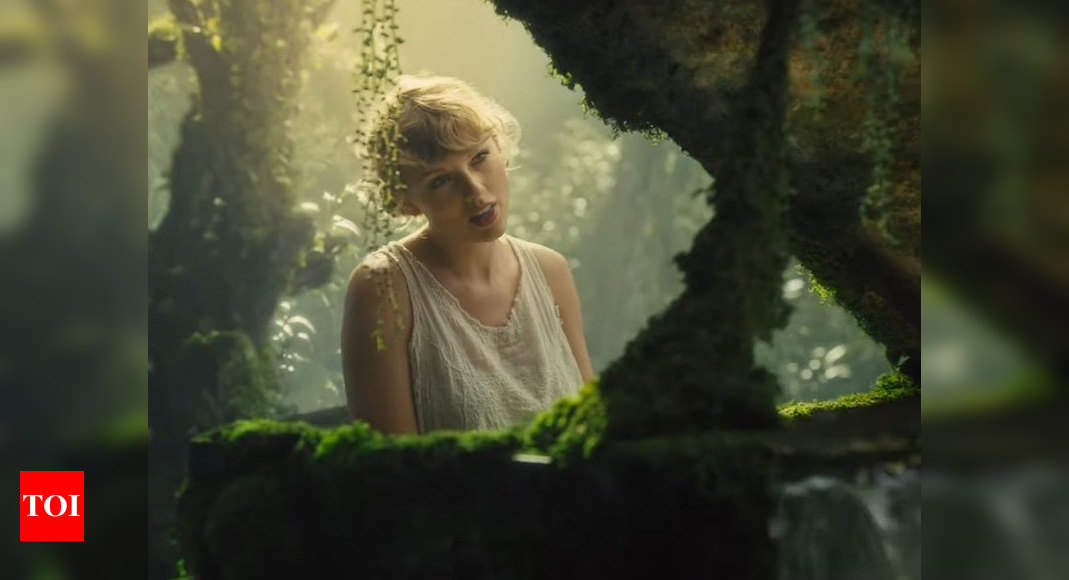 Coming in as a surprise to all fans, Taylor Swift dropped her 8th album titled ‘Folklore’ online at the stroke of midnight.

The songstress, who made the big announcement via her social media handle late Thursday evening, not only released the songs online, but also dropped the music video of the song ‘Cardigan’.

Owing to the current COVID-19 restrictions, Taylor turned director and with the help of her VFX team and a small camera-crew, shot the whimsical and fairytale-like video while in isolation with her team.

Unlike her other videos that are full of prominent easter eggs and references to certain people in her past, this one (on first glance) is devoid of any.

Announcing the big launch, she took to her social media handles to share a couple of dreamy photos and a note to all her fans that read, “In isolation my imagination has run wild and this album is the result, a collection of songs and stories that flowed like a stream of consciousness. Picking up a pen was my way of escaping into fantasy, history, and memory. I’ve told these stories to the best of my ability with all the love, wonder, and whimsy they deserve. Now it’s up to you to pass them down. folklore is out now.”

“I wrote and recorded this music in isolation but got to collaborate with some musical heroes of mine; @aarondessner (who has co-written or produced 11 of the 16 songs), @boniver (who co-wrote and was kind enough to sing on one with me), William Bowery (who co-wrote two with me) and @jackantonoff (who is basically musical family at this point),” she said in her social media post.

‘Folklore’, comprises of 16 songs that “I’ve poured all of my whims, dreams, fears, and musings into,” Taylor said.

“Before this year, I probably would’ve overthought when to release this music at the ‘perfect’ time, but the times we’re living in keep reminding me that nothing is guaranteed.

“My gut is telling me that if you make something you love, you should just put it out into the world. That’s the side of uncertainty I can get on board with,” added the singer-songwriter.

Swift has released her new album on her official YouTube page, that already has fans hooked.