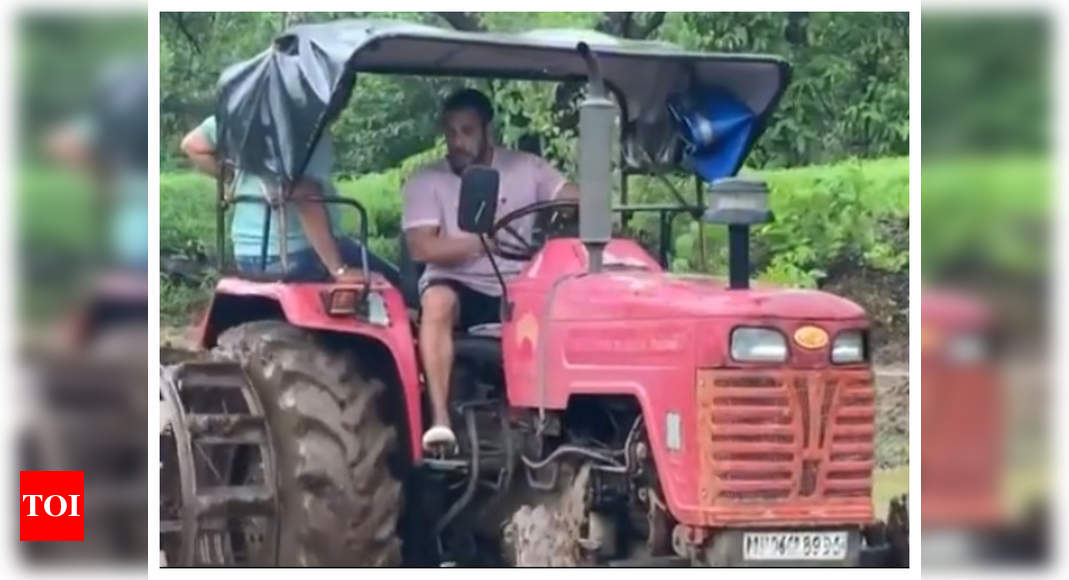 Salman Khan has been at his Panvel farmhouse since the first lockdown was announced in March. Ever since then the actor has been making the most of his free time at home. He recently started trying his hands at farming and his latest video driving a tractor will surely leave you amused.

Taking to his social media handles, Salman Khan shared a video where he is seen driving a tractor. Dressed in a loose pink t-shirt and black shorts, Salman is seen driving his farming vehicle as he tries to plough his field.

Earlier, Salman Khan also shared a picture of him where he is seen sitting on the field after trying his hands at farming in Panvel. Dressed in a blue ganji and blue denim shorts, he was seen covered in mud. He captioned the picture as, ‘Respect to all the farmers . .’

Meanwhile, on the work front, he will next be seen in Prabhudheva’s ‘Radhe: Your Most Wanted Bhai’. The movie also stars Disha Patani, Randeep Hooda, Jackie Shroff and others in key roles. The movie was supposed to hit the theatres on Eid this year. However, the film got postponed due to coronavirus and lockdown.

He has also announced yet another film titled, ‘Kabhi Eid Kabhi Diwali’ where he will be seen starring opposite Pooja Hegde. However, no other detail about the film has been unveiled yet.