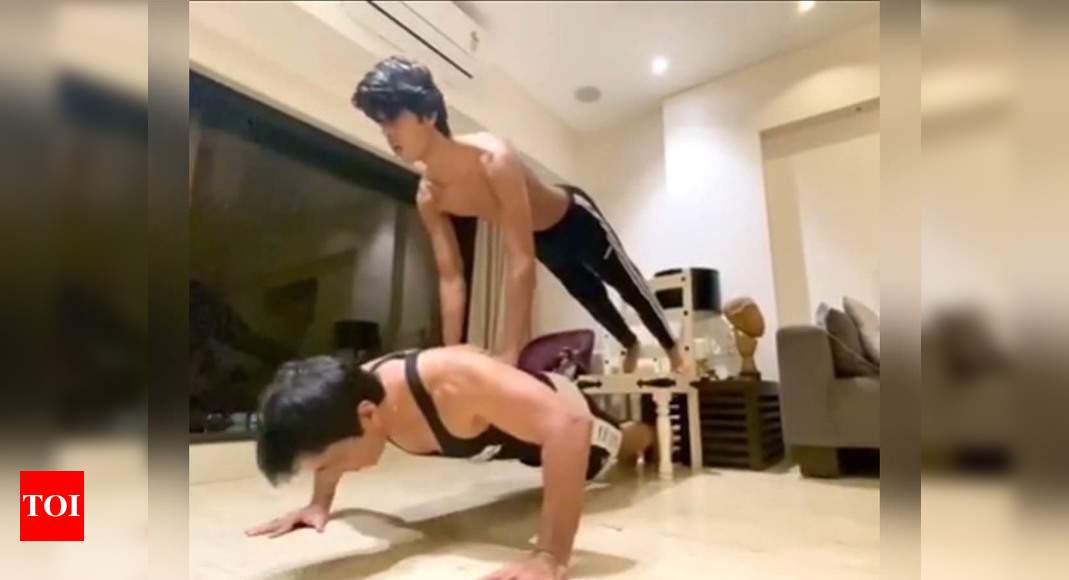 Sonu Sood has been rocking the news for sending migrant workers back to their homes by arranging transport facilities for them. The actor is also quite active on social media and loves to keep fans updated about his day-to-day activities.

Now, the actor took to Instagram to share a video featuring his son Eshaan Sood. In the video, the father-son duo can be seen working out together. Their coordination and stance will make you want to start working out right away! Also, don’t miss the powerful background audio. Sonu captioned the post, “Twinning 💪 @eshaansoood”

Meanwhile, on the work front, the actor was last seen in Rohit Shetty‘s cop drama ‘Simmba’ starring Ranveer Singh and Sara Ali Khan. The film was released in 2018. He later also feature in a few film in the South.