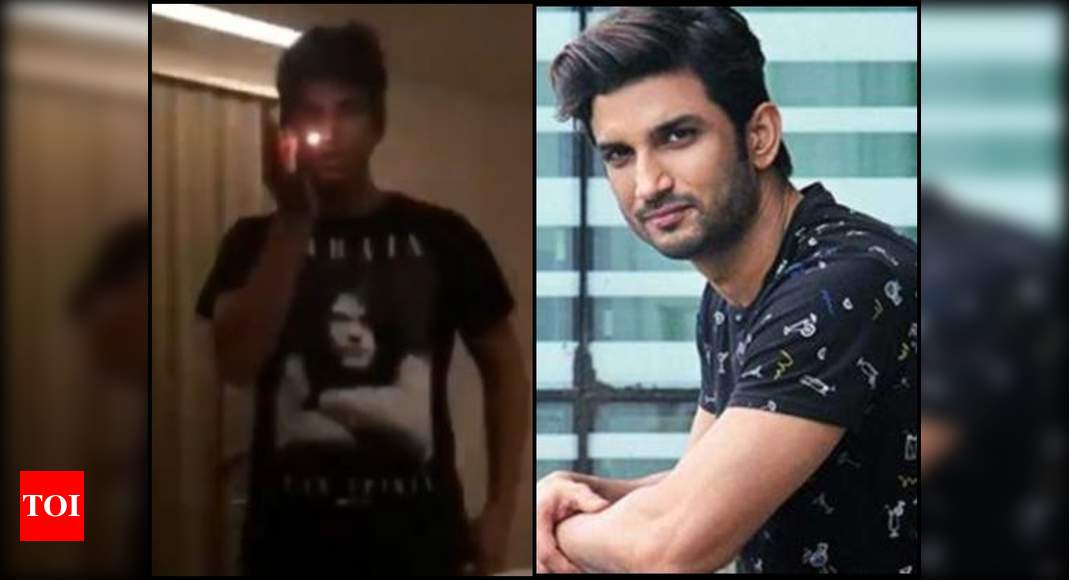 Sushant Singh Rajput, who was last seen in Nitesh Tiwari’s ‘Chhichhore’, died by suicide on June 14 at his Bandra residence. His untimely demise has sent shockwaves across the country. Since his demise, his fans and friends have been sharing throwback and unseen videos and pictures on social media to remember the late actor.

Recently, his co-star Swastika Mukerjee shared an unseen video of Sushant where he can be seen recreating superstar Rajinikanth’s matchstick trick. The late actor can be seen doing some stunts in this slo-mo video. The video ends with Swastika laughing in the background as Sushant failed to do the stunt.

Sharing the video on her Instagram handle, Swastika wrote, “Here’s a peekaboo of Sushant recreating a Rajnikant moment! His failed attempts made me laugh and I hope it does the same to you. Let’s celebrate him today and everyday ❤️”

Meanwhile, the Mumbai Police is currently investigating Sushant’s case. Recently, his girlfriend Rhea Chakraborty, Sanjay Leela Bhansali, Sanjana Sanghi, Mukesh Chhabra, Rajeev Masand, Aditya Chopra and others were interrogated by the police. Sushant’s fans have been demanding for a CBI inquiry. But recently Home Minister Anil Deshmukh said that there’s no need for CBI probe. He said that Mumbai Police is capable enough to handle such cases as they are investigating every aspect of the case including professional rivalry. He further also said that the Mumbai Police do not see any foul play and details of the case will be shared once the investigation is completed.