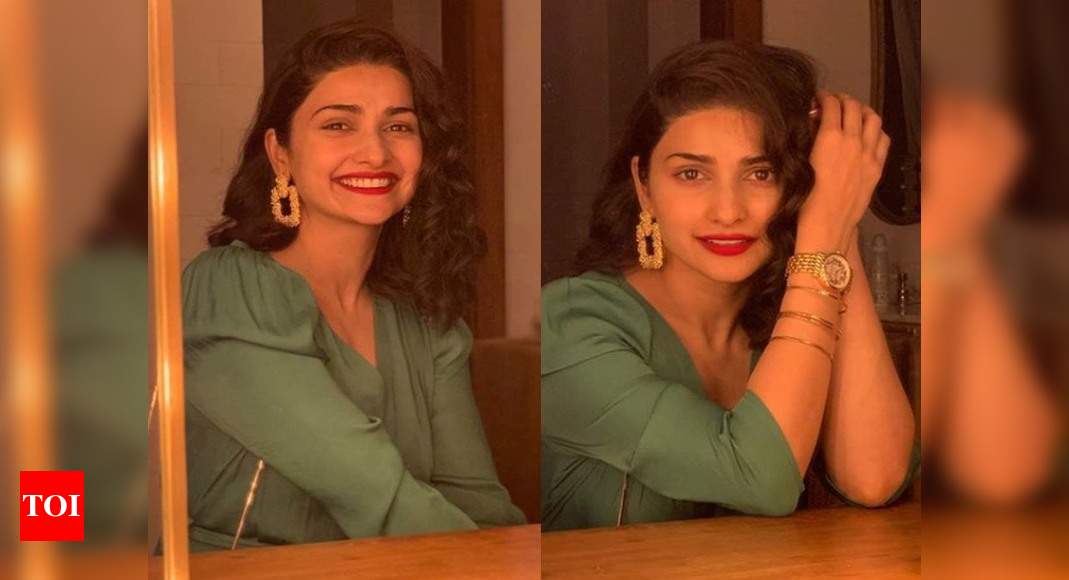 Prachi Desai loves to treat fans with her beautiful pictures on Instagram. And on Thursday, she took to the photo-sharing app to post a series of delightful pictures of herself!

In the pics, she can be seen looking at the mirror and she looked super pretty in a green ensemble which the actress teamed with golden accessories. And as always, Prachi’s smile will make you fall in love with her all over again!

Soon, Dia Mirza and Mrunal Thakur poured in love for Prachi in the comments section along with her fans.

Meanwhile, she is updating how she is spending her lockdown days through regular posts on Instagram.

On the work front, the actress was last seen in ‘Rock On 2‘ which was released in 2016. She later starred in a short film produced by Jackky Bhagnani titled ‘Carbon’. It also featured Jackky, Prachi, Nawazuddin Siddiqui and Yashpal Sharma.