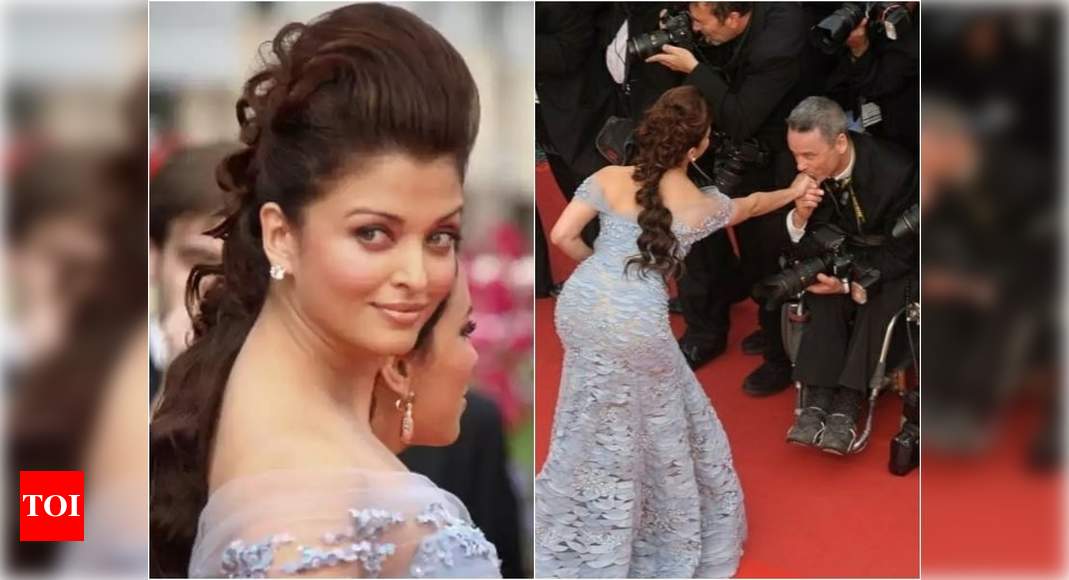 Aishwarya Rai Bachchan needs no introduction as the Bollywood actress has been entertaining the audience with her stellar performances on the silver screen. Not only that but the mesmerising diva is also known for her exquisite fashion choices which leave everyone around stunned.

The ‘Guru’ actress is a common face on the prestigious red carpet of Cannes Film Festival and her stunning looks aways grab everyone’s attention. But back in 2010 when the gorgeous beauty walked the Cannes red carpet dressed in a beautiful violet gown with sheer shoulders grabbed everyone’s attention, when she stopped and greeted a photographer on the wheelchair. Check out the pictures here:

Well, her act caught everyone’s attention and the epitome of beauty not only won over the fashion police with her breathtaking mermaid gown but also won the hearts of several onlookers and foreign media as well.

Aishwarya’s daughter Aaradhya has also made several appearances on the prestigious red carpet of the French Riviera with her mother and the mother-daughter duo have always won over the audience with their lovely bond.

Meanwhile, on the work front, Aishwarya is all set to team up with ace filmmaker Mani Ratnam for her next project ‘Ponniyin Selvan‘ which will go on the floors once things go back to normal.