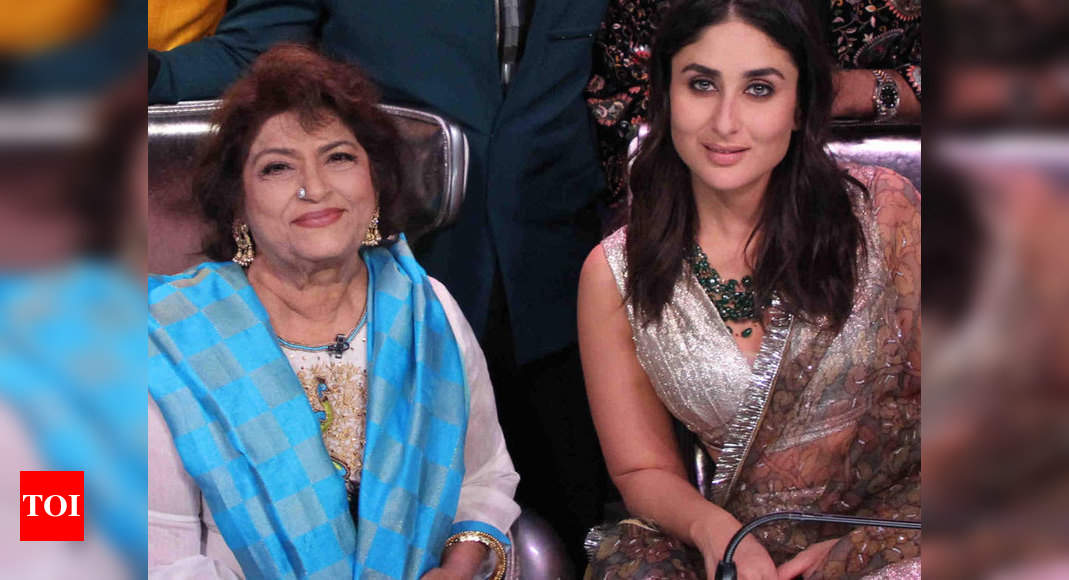 Veteran Bollywood choreographer Saroj Khan, passed away due to a cardiac arrest on Friday at a city hospital. She was 71.

News of her passing comes weeks after she was admitted in hospital due to breathing issues.

Filmmaker Kunal Kohli confirmed the sad news on Twitter, saying, “Saroj Khan my beloved Masterji. RIP Saroj Khan From music videos to films, we had a long journey together. Now you’ve left me and gone. I will do and make what we spoke about one day, my promise to you.”

Fans, film stars and many Bollywood A-list stars took to their handles to mourn the loss of the dance maestro. Among the many tributes that poured in, we stumbled upon a throwback clip of Kareena Kapoor Khan sharing a priceless memory of the choreographer scolding her during her early days as an actress who didn’t know how to dance.

In the clip, Bebo shared how she was terrified of Saroj and recalled the time Khan once said to her, “A Ladki, kamar hila… Raat ke ek baj rahe hain, kya kar rahi hai?”

With a big smile on her face, Kareena went on to share, “It is very difficult to impress her (Saroj Khan)! During the shoot of ‘Refugee’, Master ji told me ‘you don’t know how to move your hands and legs, how did you choose to become an actress? You are Karisma’s sister.’ I told her(Saroj Khan) ‘but I don’t know how to dance, Masterji.’”

She then shared the priceless tip the choreographer gave her, “She then told me ‘if you can’t move your hands and legs you need to dance with your face’. She used to ask me to observe her closely and watch her face when she used to perform an entire song with her expressions. This is the reason why every heroine has become a heroine today only because of Master Ji. That’s all!”

She further revealed, “I used to lock myself in the bathroom and practice all of Master Ji’s expressions because my mother always told me, ‘if I want to be an actress, I must only watch Master Ji’s songs and see the close-ups of all the heroines’. I used to really practice them and I think that’s the reason why we have all become heroines today. It was only because Masterji used to show us every expression before the shot.”

The last rites of Saroj Khan will be performed at Malvin Malad, Mumbai later today.